Hyperdunk completed its debut in 2008 in Beijing. As the sporting shoes in the sporting world, it helped the players all over the world realize their dreams. From Kobe Bryant of the US team to Jianlian Yi,  Hyperdunk helped the players  . In the past ten years, Nike has continuously innovated to development its technology , So this one always has been a popularity shoes in the sneaker world. Also  few shoes were able to combine light weight, comfort, stability, and durability till the Hyperdunk released . whatever the NBA  game or the normal game , Hyperdunk was the best one for the  players  . 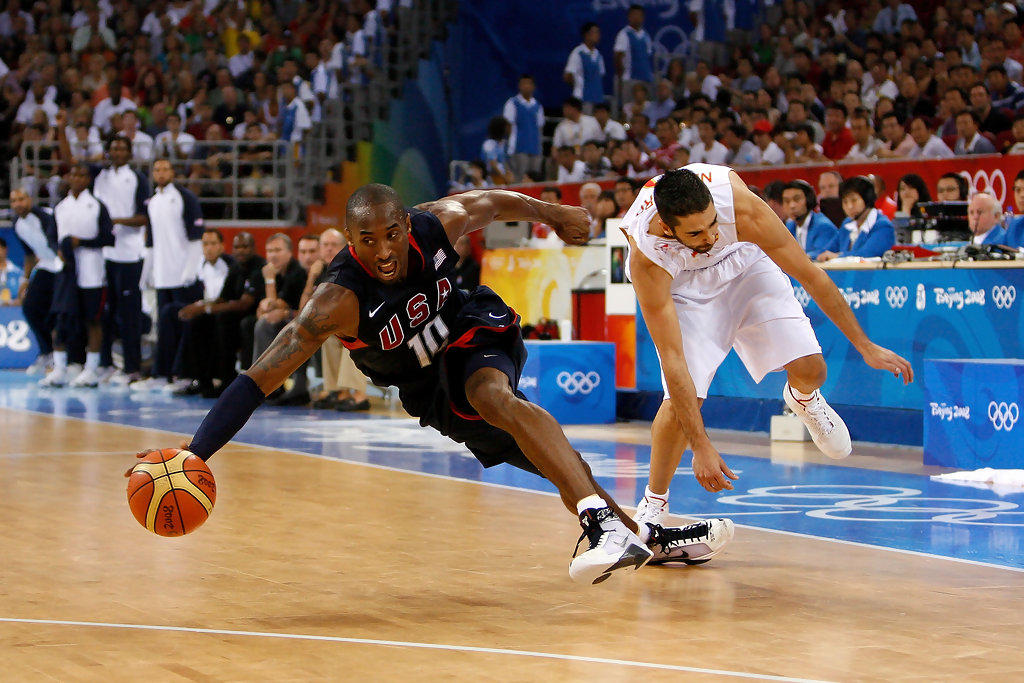 Kobe, Bosh, Reed, Deron, etc. did not have their own signature shoes in 2008 year. Hyperdunk 08 is a pair of team basketball shoes, but the novel shape, ultra-light weight, super slow Zhendu let these superstars put it down, wearing it to play their strongest strength. 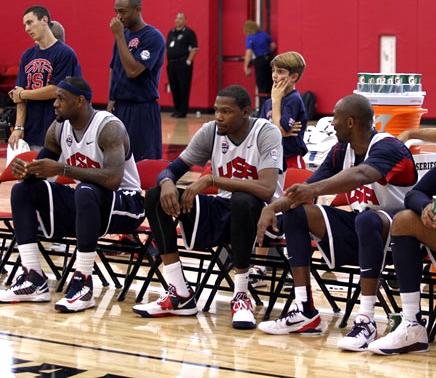 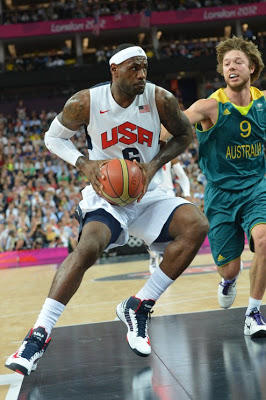 LeBron James #6 of the US Men’s Senior National Team drives against Australia during their Basketball Game on Day 12 of the London 2012 Olympic Games at the North Greenwich Arena on August 8, 2012 in London, England.

Before the Rio Olympics in 16 years, the Hyperdunk 2016 released  by the ghost Leo Chang . Nike Flyknit collar and the full length Zoom Air Air cushion give the shoes a “strange” name before they are released. But when people really  play it, they  appreciate the perfect foot feeling and the great experience . Hyperdunk 2016 Flyknit reaches the peak of the Hyperdunk series

So we will look at the performance review as below : 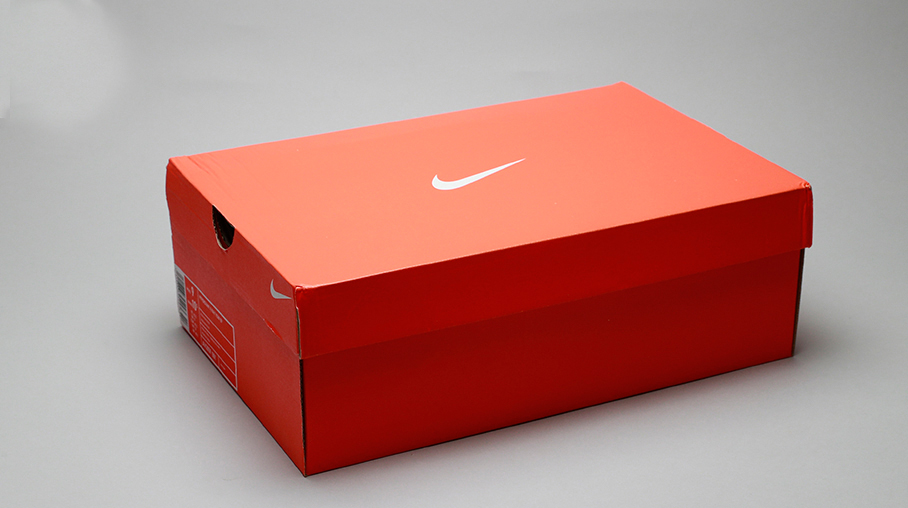 The box is normal  with more details . 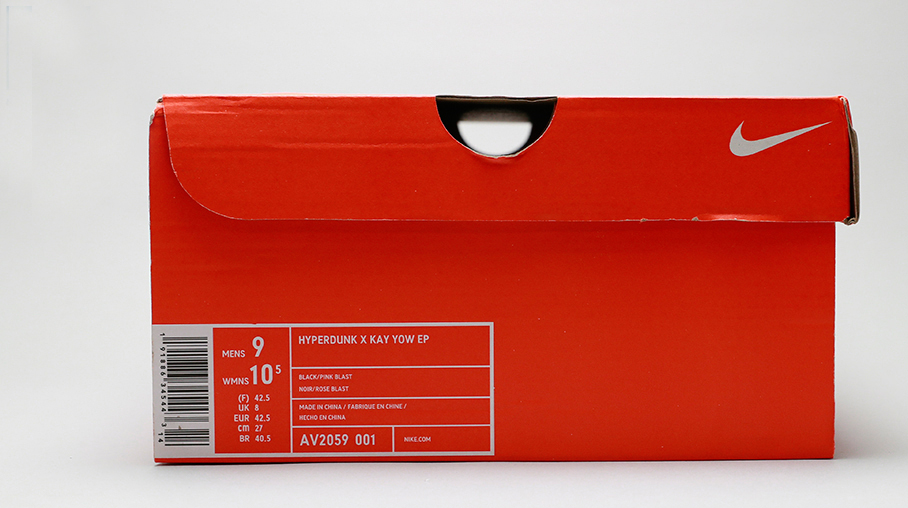 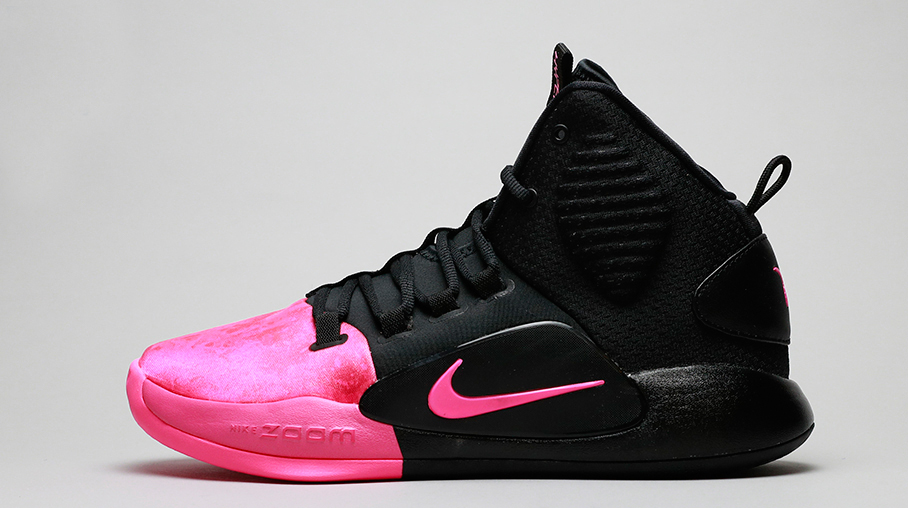 It is feature with  Black and Pink color scheme. Majority of the upper is done in Black with Pink accents on the tongue tab, medial heel Swoosh, midfoot Swoosh, insole and outsole. Completing the design are Pink Ribbons on the heels. 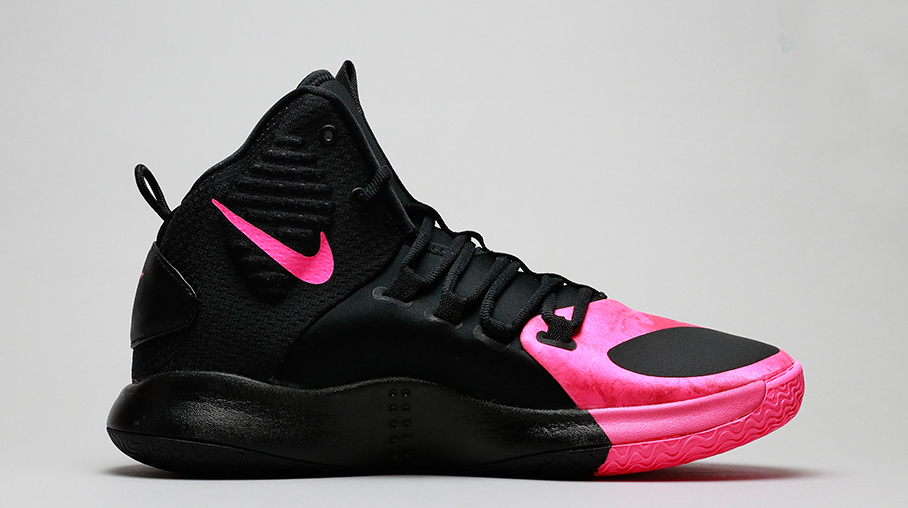 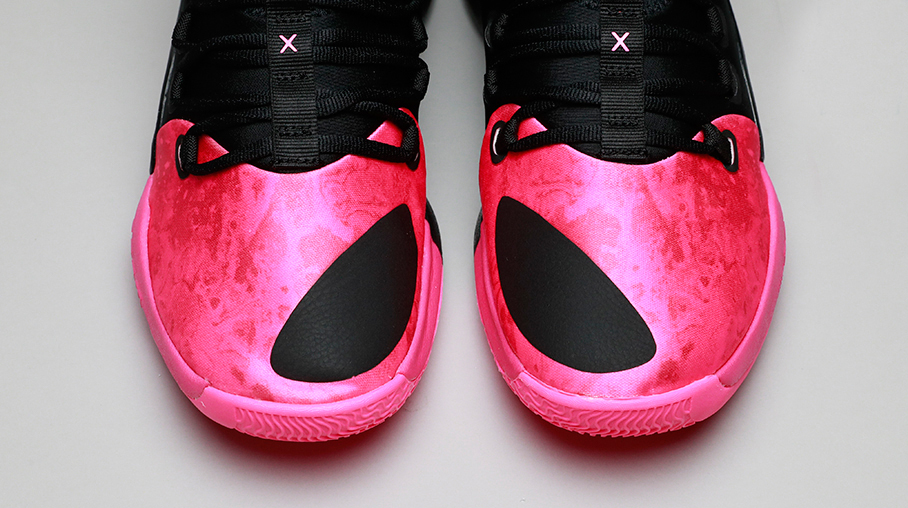 For the material , it is   Black and Pink color scheme  and look  bright. this time the Nike Hyperdunk X  used the leather with foam.it is totally don’t like the  Nike Hyperdunk 2017   with the  flyknit & TPU string combo, so the ventilation is not good ..

But for the ventilation of basketball shoes, I personally think that  we dot  more request for it, and there is not a big problem, just to be nitpicking, . At the same time, the kins of material can proved the supporting and protection , such a more comfortable upper material. I play some days , just felt more  comfortable and stuffy . maybe it is summer day ,anyway , if you dont think it is a matter .

Because many sneakers are not good enough for the material. For example, the upper is hard, or  the upper is thin,  but the Nike Hyperdunk X did  perfect for this issue. 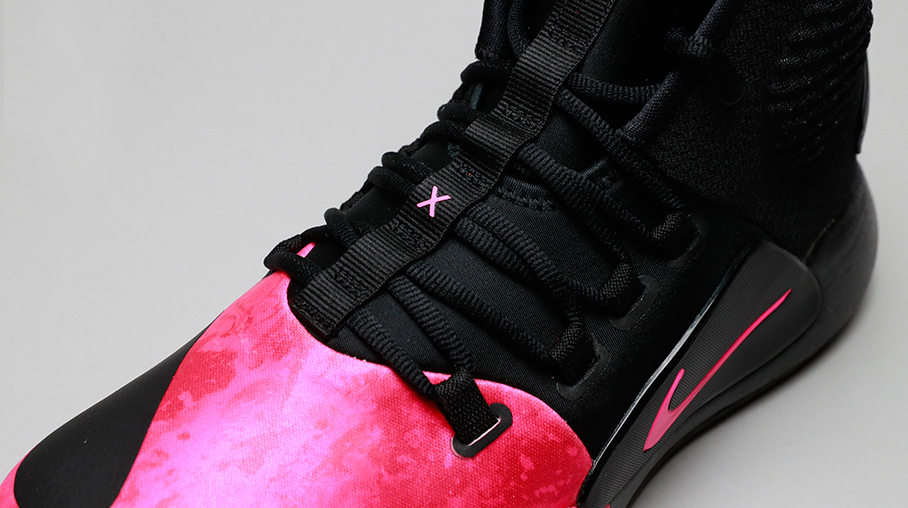 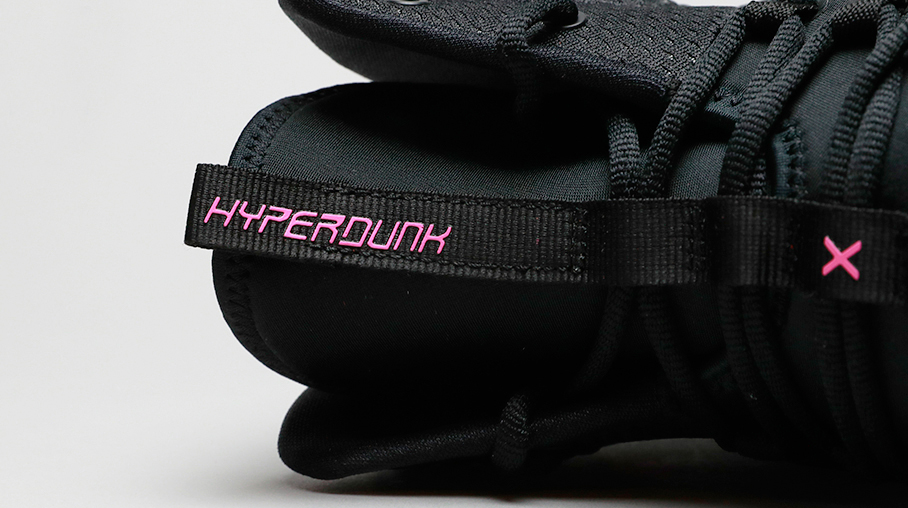 The pink HYPERDUNK X logo of the tongue. 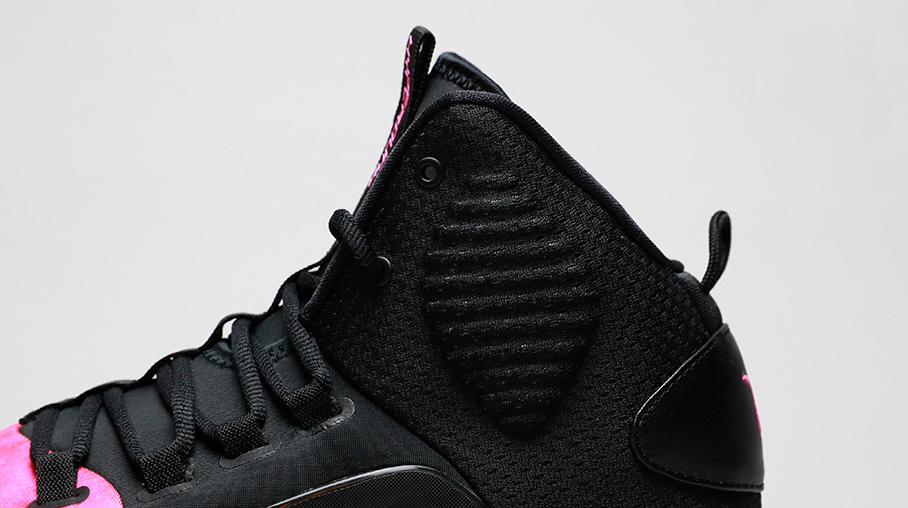 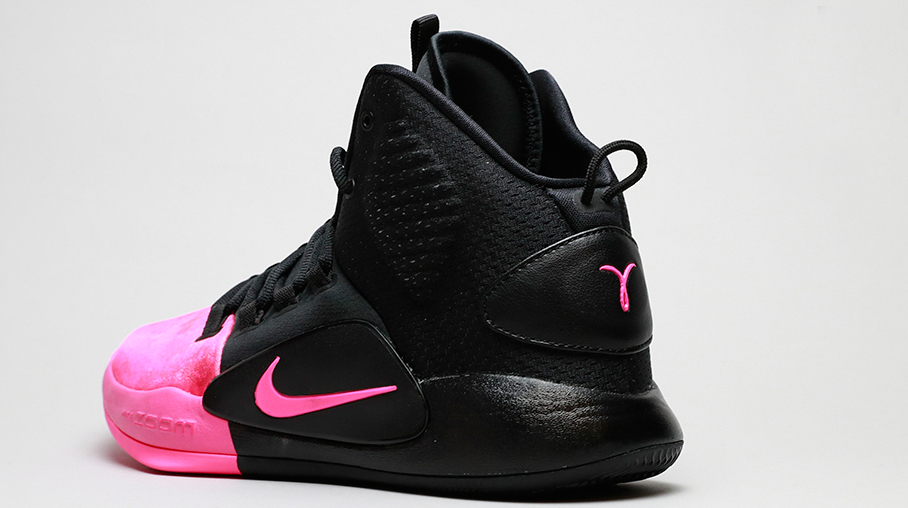 Then we can look at the supporting of the Nike Hyperdunk X, the type just followed the traditional series of Hyperdunk .Starting from the heel area, there’s a quite massive internal TPU heel counter which strongly locks and keeps your foot into the right place, but it is different compare with the Nike Hyperdunk 2017  which have the  Flywire cables attached to the lacing system, but the Nike Hyperdunk X ‘s support just from the material , and the heel part have both shoes side just give more protection and stability . 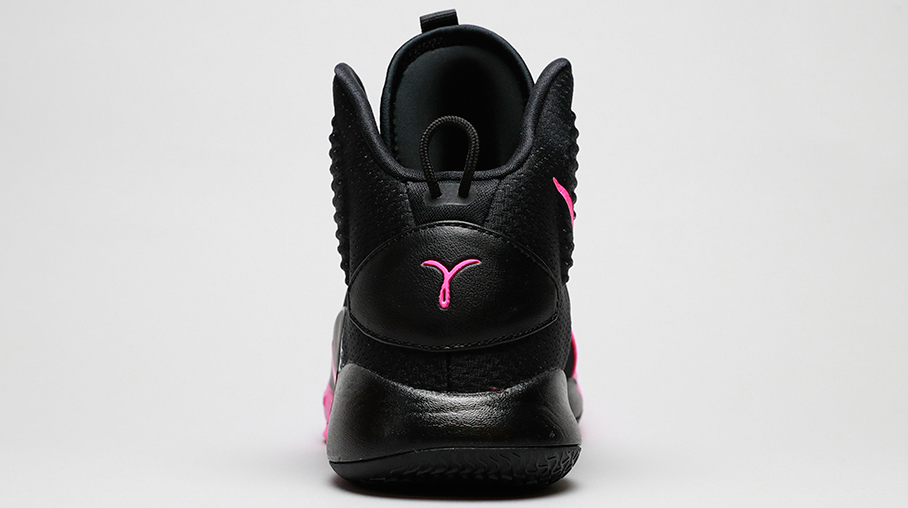 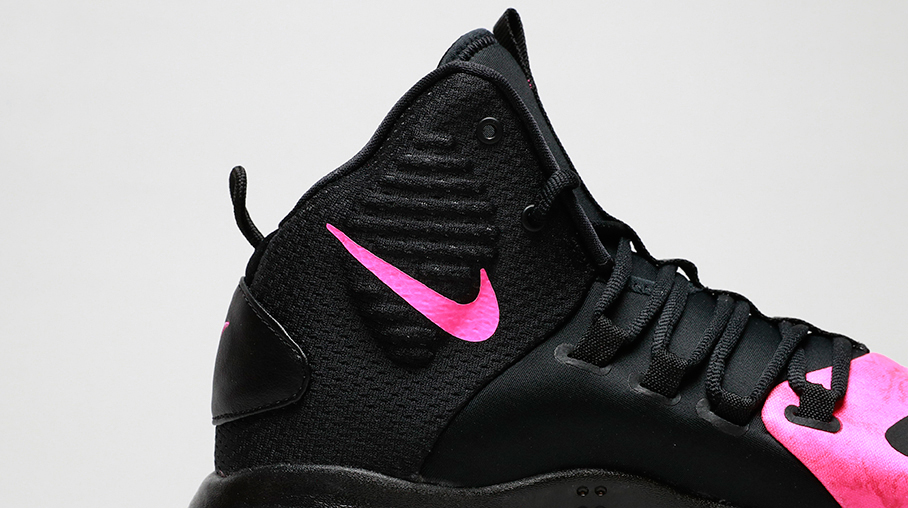 Since 2008, the first version of  Hyperdunk , Nike has adopted the latest technology, such as the Lunar, and then in the past few years, Nike just  used  the technology of Zoom or the Lunar .In 2017, Nike used the React for the first time, and the performance  was good. However, when the Hyperdunk X  office picture leak out , it used the Zoom instead of React . some people maybe  be disappointed about it , but for other , they are give this shoe more  higher expectations. 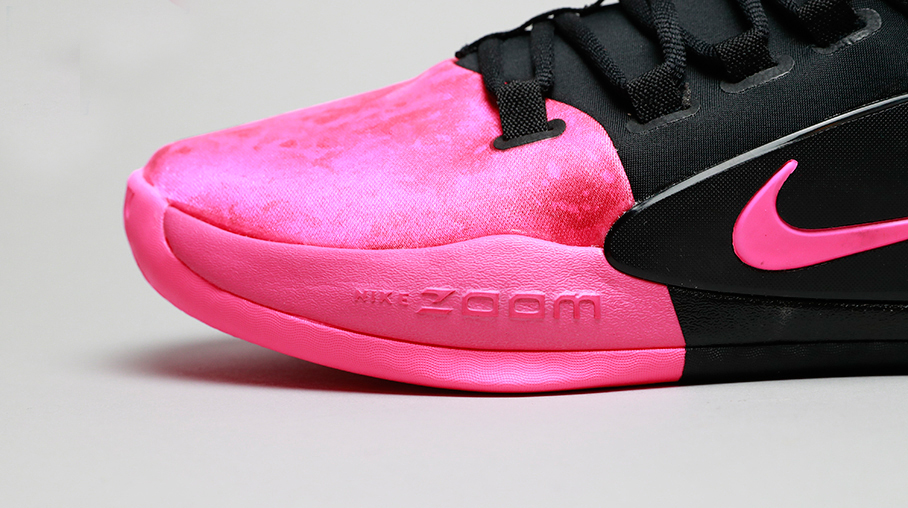 Nike Zoom cushioning is part of the Nike Air family. Like its siblings, Nike Zoom is lightweight and durable.

Because Nike Zoom cushioning is incredibly thin, it brings the foot closer to the ground and enhances stability, especially during quick cuts and multi-directional movements.So we can felt more responsive from the zoom, I like this is shoes very much.

To be honest, the back and forth of the midsole is really a bit old fashion, but it is also the safest operation I think Nike is. The Nike zoom cushioning will immediately return to its original shape, ready to protect the body against the next impact force. As a result, we can protect against fatigue and stress. 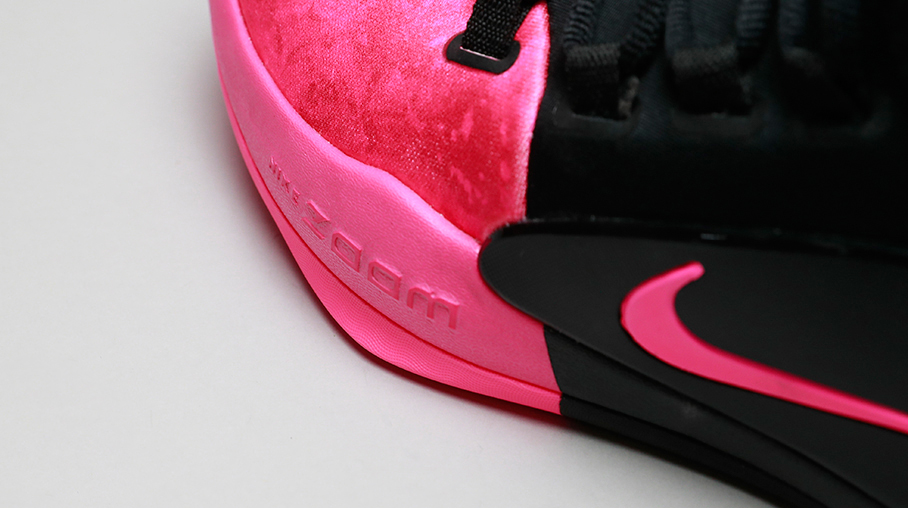 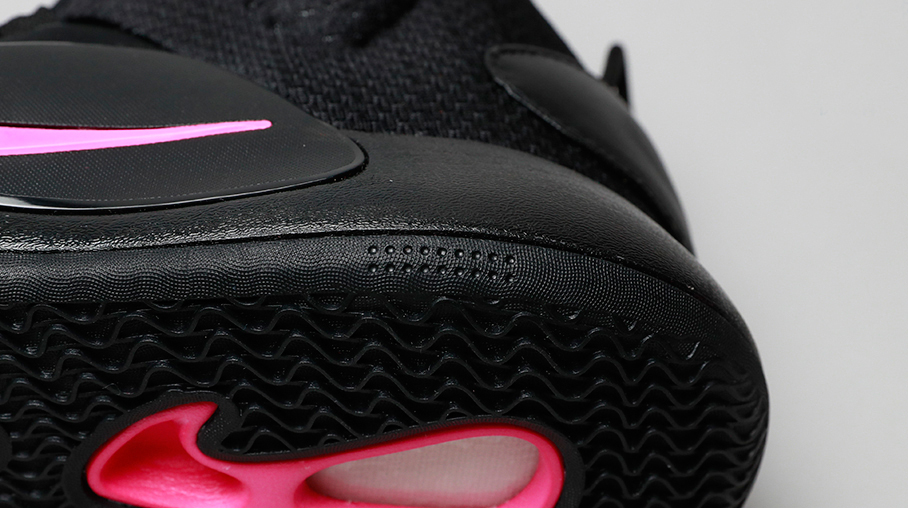 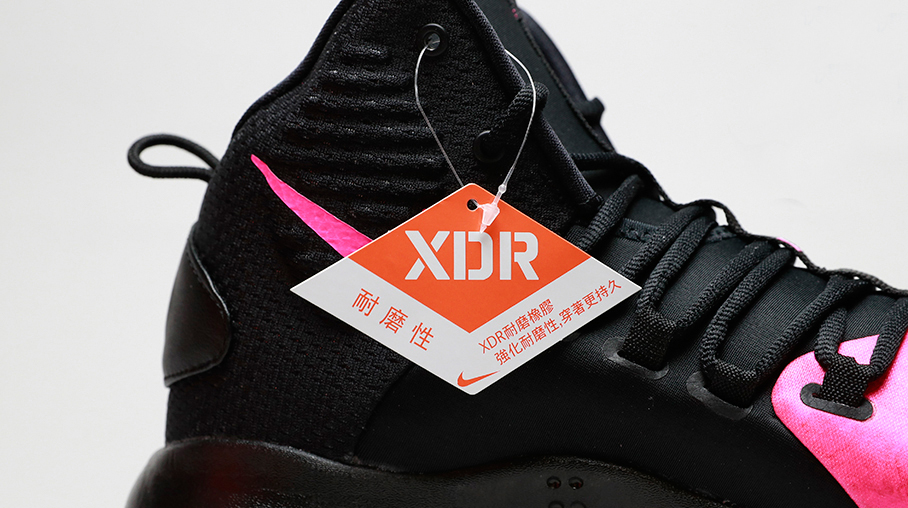 The traction just used the XDR  rubber , it is more durable outsole and  it won’t have lateral stability and you leave yourself prone to a major ankle roll. Basketball shoes with a durable outsole like XDR would would be nice . 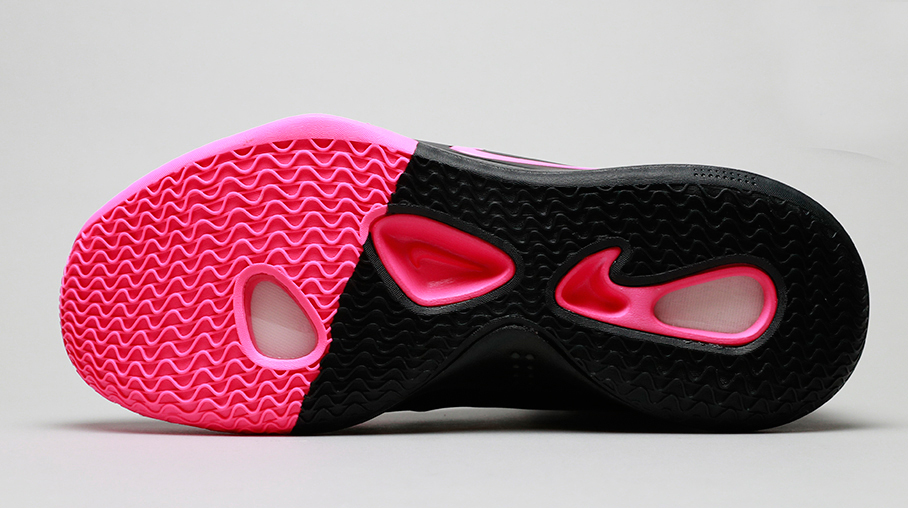 The traction provide the great wrapping as well,  we can see the more details as below :  Nike Hyperdunk X will be grip for the performance , also the rubber tends to be a little harder than regular rubber found on running shoes so that it can take the beating you give them.it is different from the Hyperdunk  2017 , but the gripping is nice .The sole line is a deep wavy pattern with a traditional rollover prevention on the outside of the forefoot. But in terms of actual performance, ,it is just so so.The so-called stability and rollover prevention is not just an outsole extension design, but an entire system, including the upper material, midsole , which are a collaborative operation.

Forefoot with ZOOM AIR air cushion, rubber and plastic material placed between the outsole and the midsole, can not directly touch the air cushion 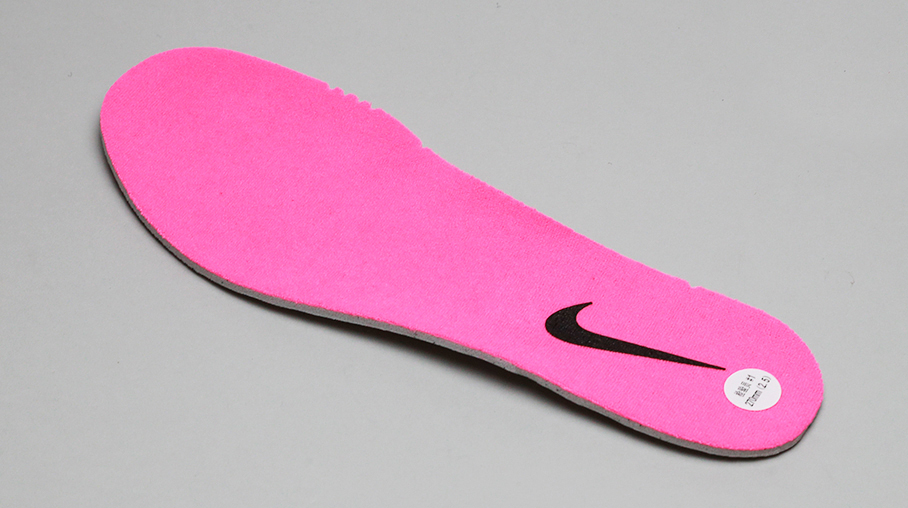 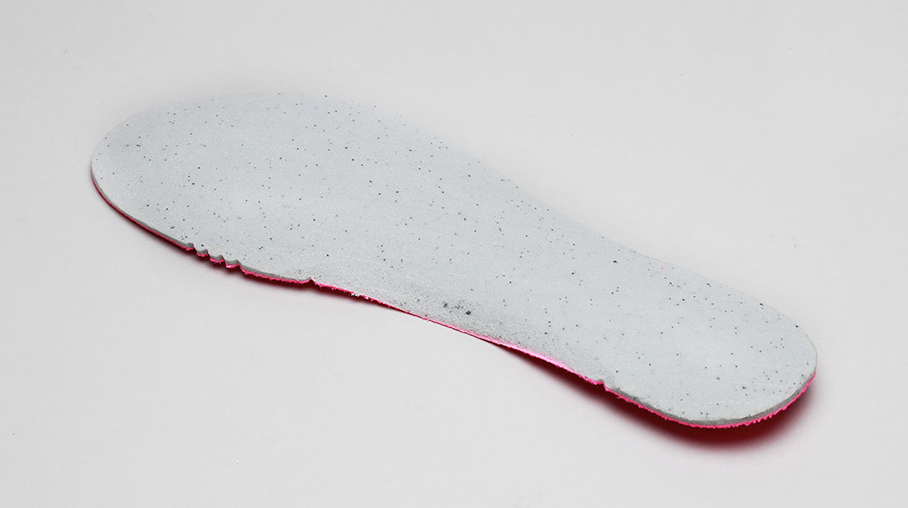 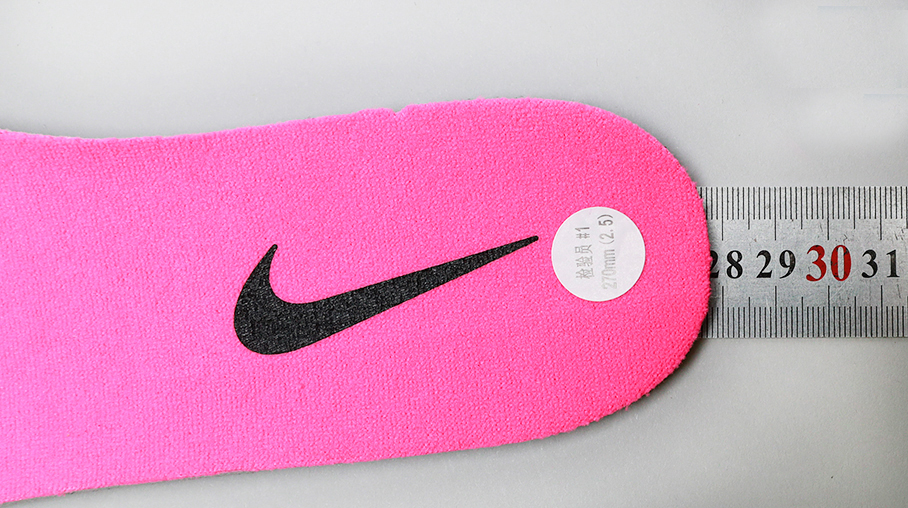 There’s no longer a one piece bootie, instead we have a half bootie construction and that’s because the tongue is half way connected with the upper, not completely a one piece. It’s more like old school since every brand is now going for that one piece bootie, but looking at practicality, I like this half bootie construction better just because you can put them on or off without any problems at all. 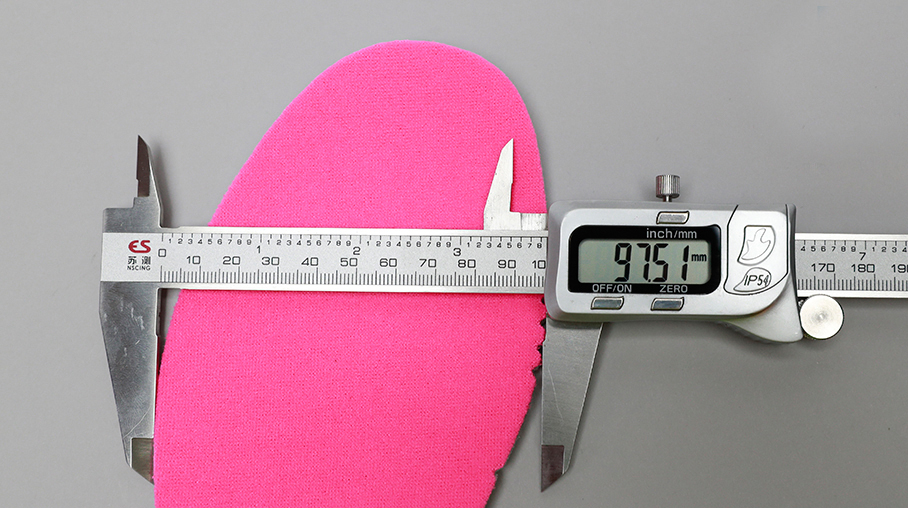 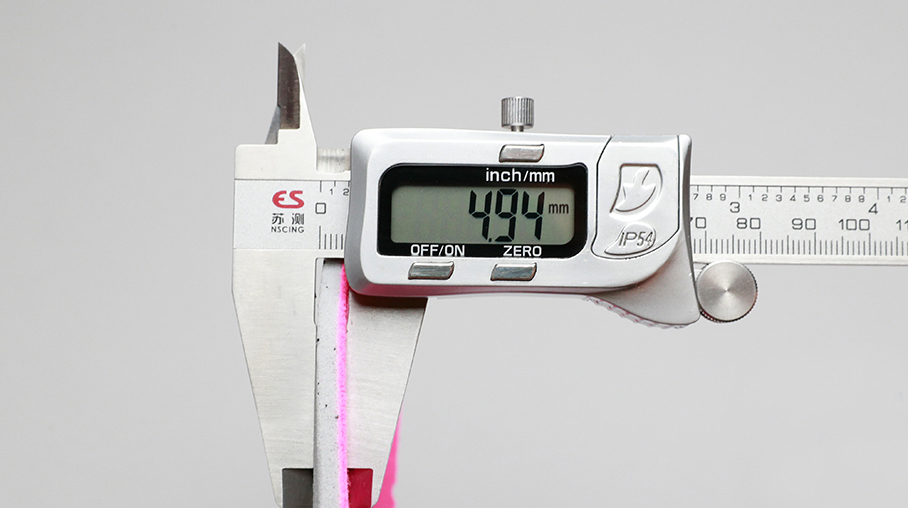 They are some data as below : 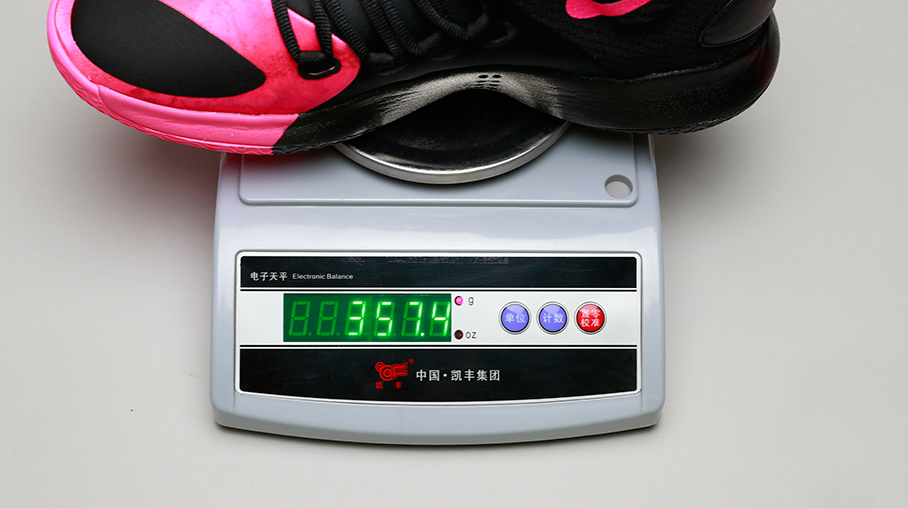 Nike Hyperdunk X ‘s zoom  cushion isn’t the best cushion for me, but I know that there’s a lot of people who will love this setup as much as I love BOOST. Either way, I still enjoy playing in them and didn’t release or feel tha big of a miss in bounce department just because other aspects like: responsiveness, impact protection was phenomenal. well the material also have a different compare with the last model. but actually the performance is nice , though it is will be stuffy in the summer . Most of people don’t think it is a problem . It is a price of 130 USD in this year. I think it is value shoes.