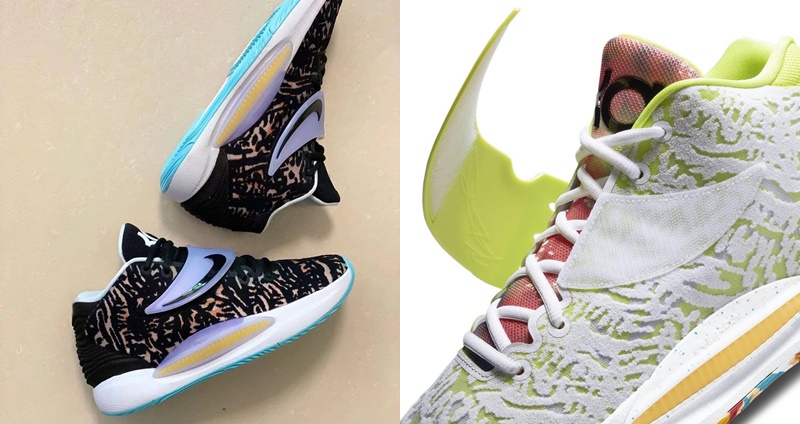 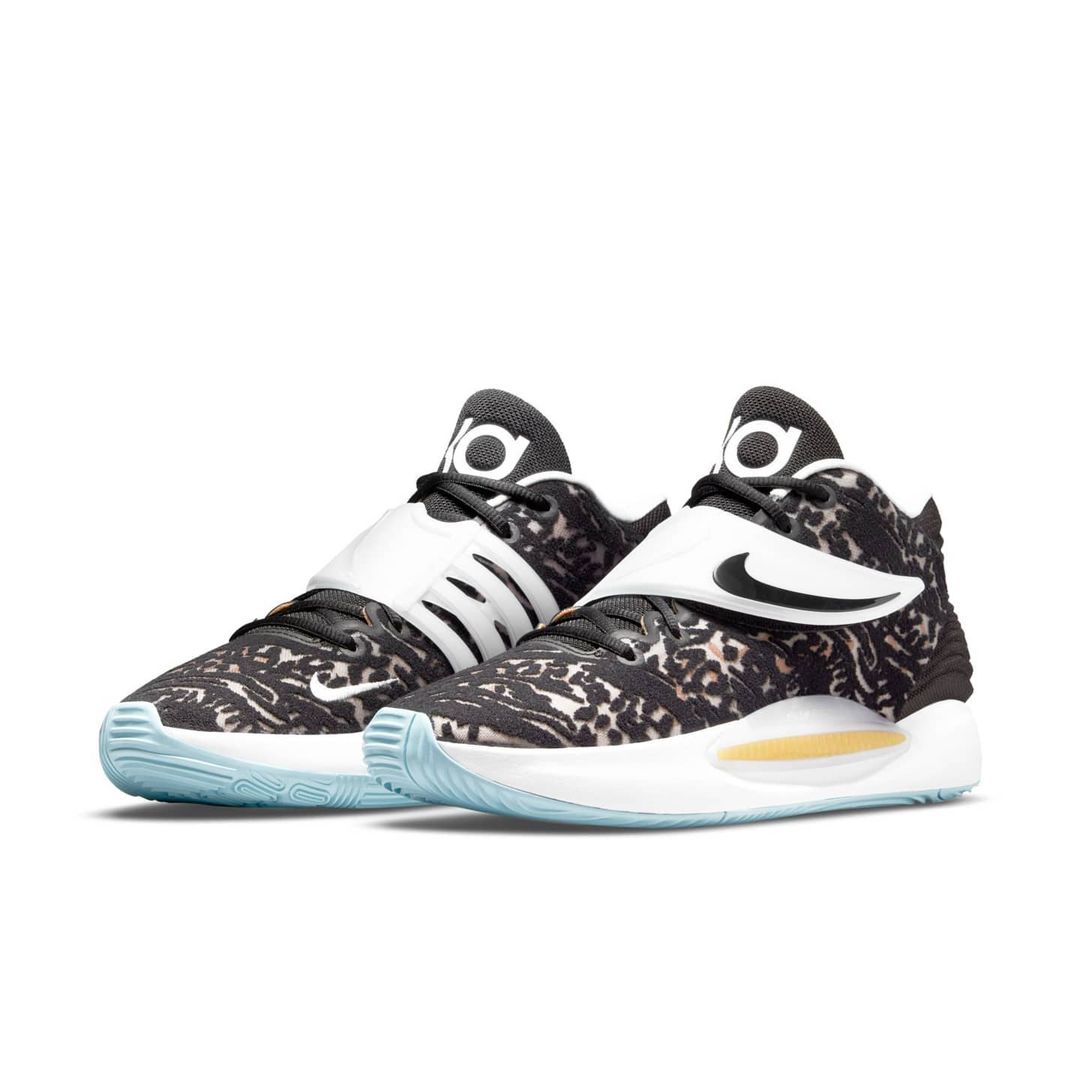 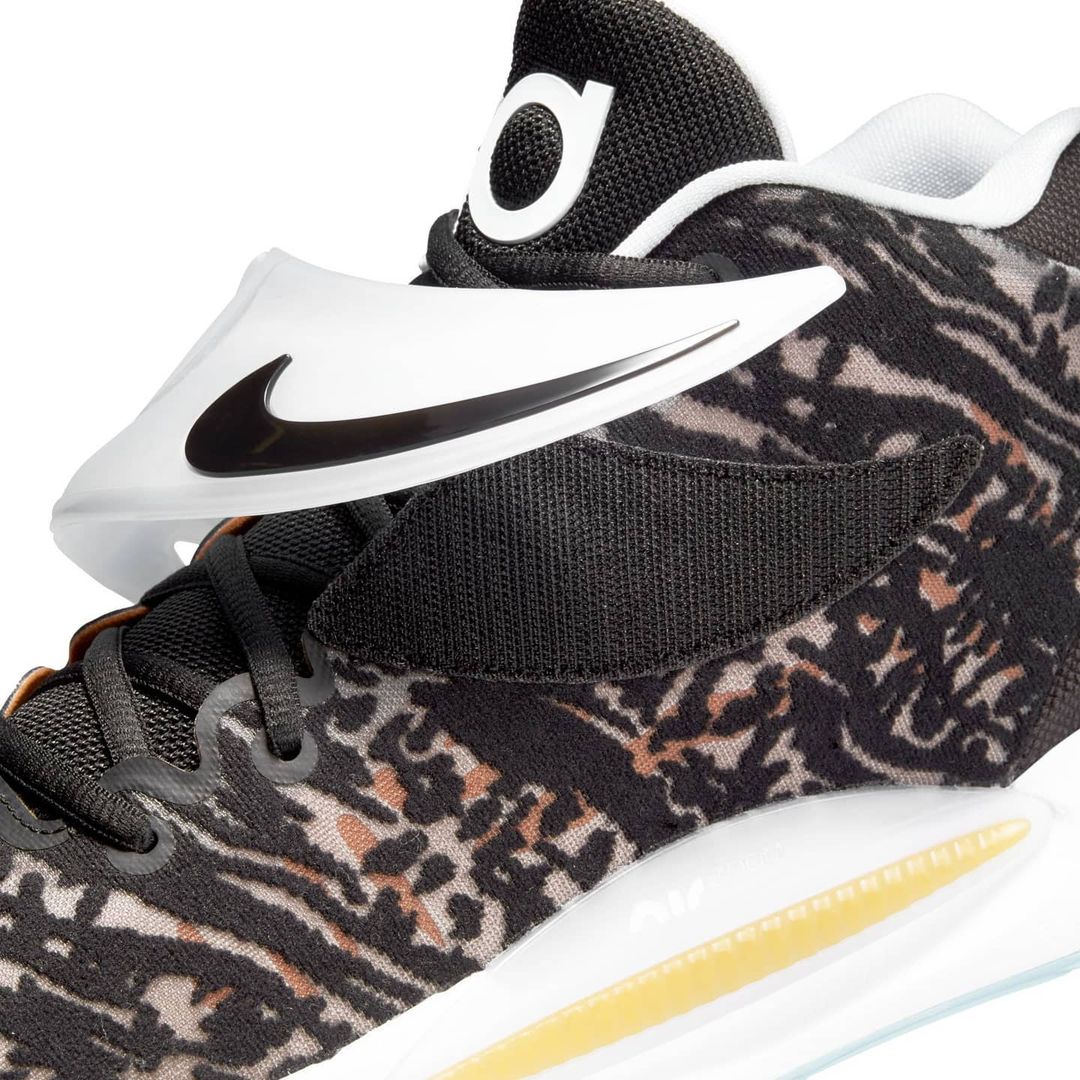 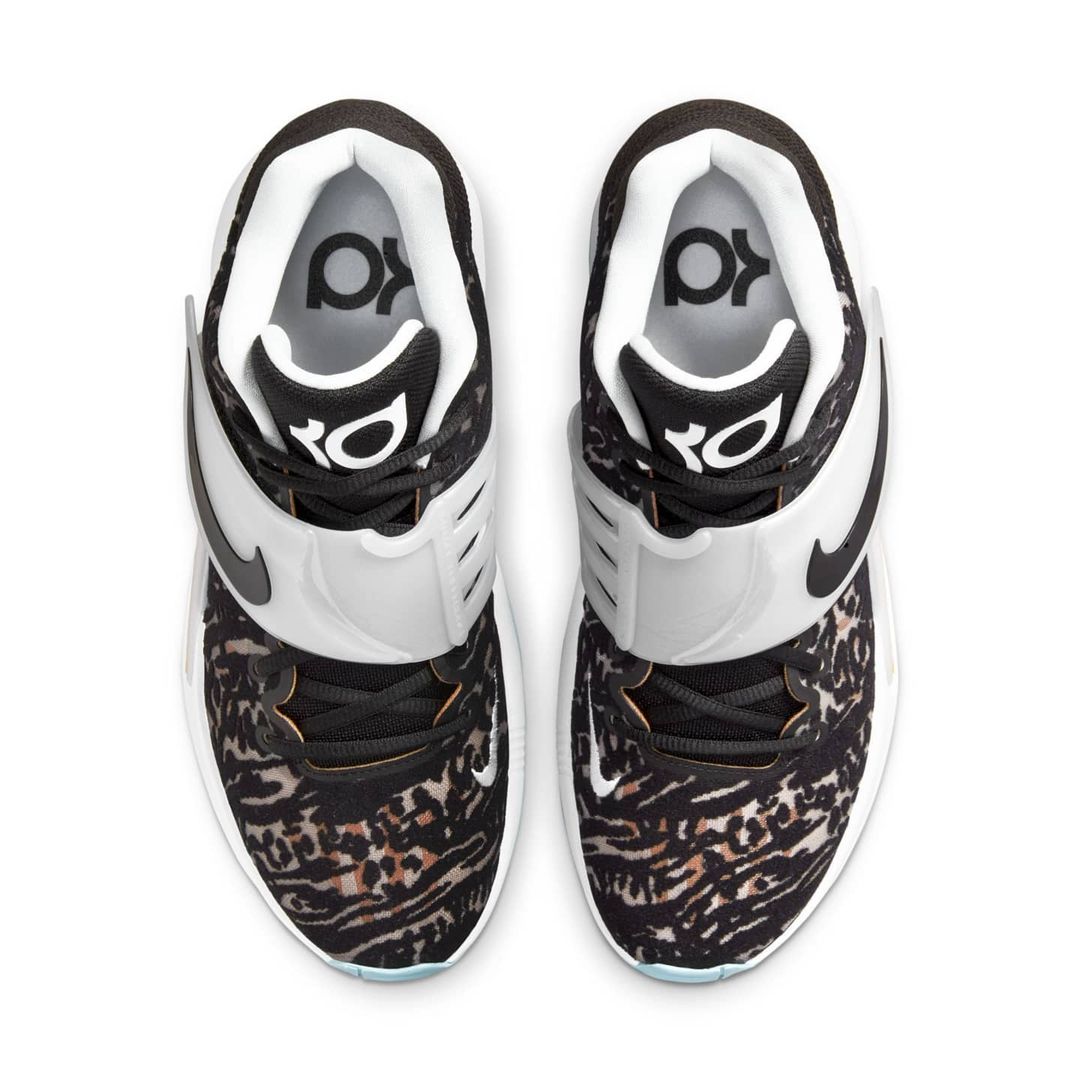 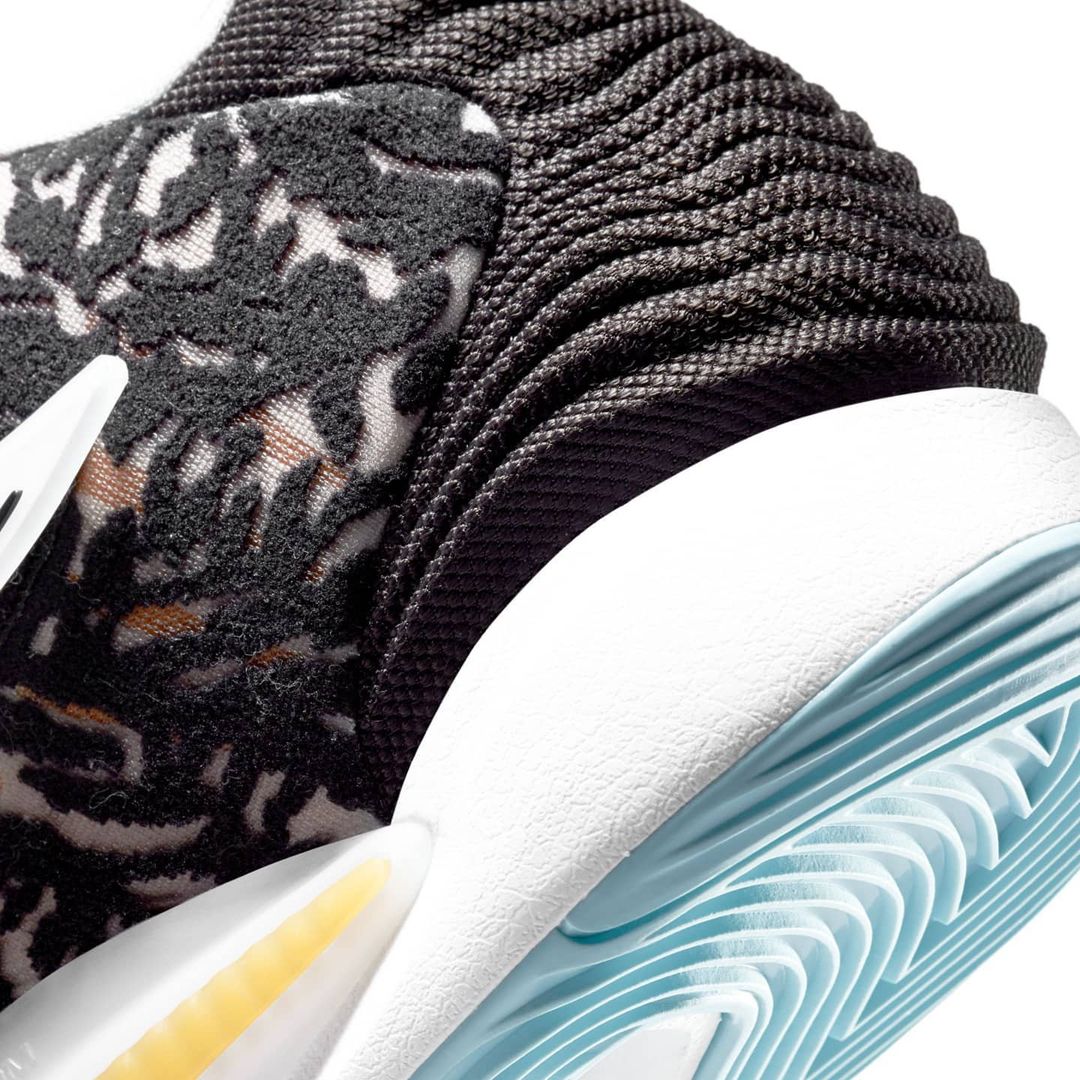 The appearance of NIKE KD14 looks swollen. With the ventilated nylon and the decoration of chamois pattern vamp, there are more possibilities for the colorways. It’s similar to LeBron series shoes.  It’s worthy to mention that the cross strap design of KD2, KD4 and KD7 is reappeared. The cross strap hasn’t been used on KD series shoes for a long time. It’s a surprising part. From the variation of heelpiece, the designer has upgraded it to protect the achilles tendon of Kevin Durant as he used to get hurt. We expect the fitness.

The insole of KD14 uses full-length ZOOM Air cushion. The insole is thick. We look forward to get more news about the insole configuration. 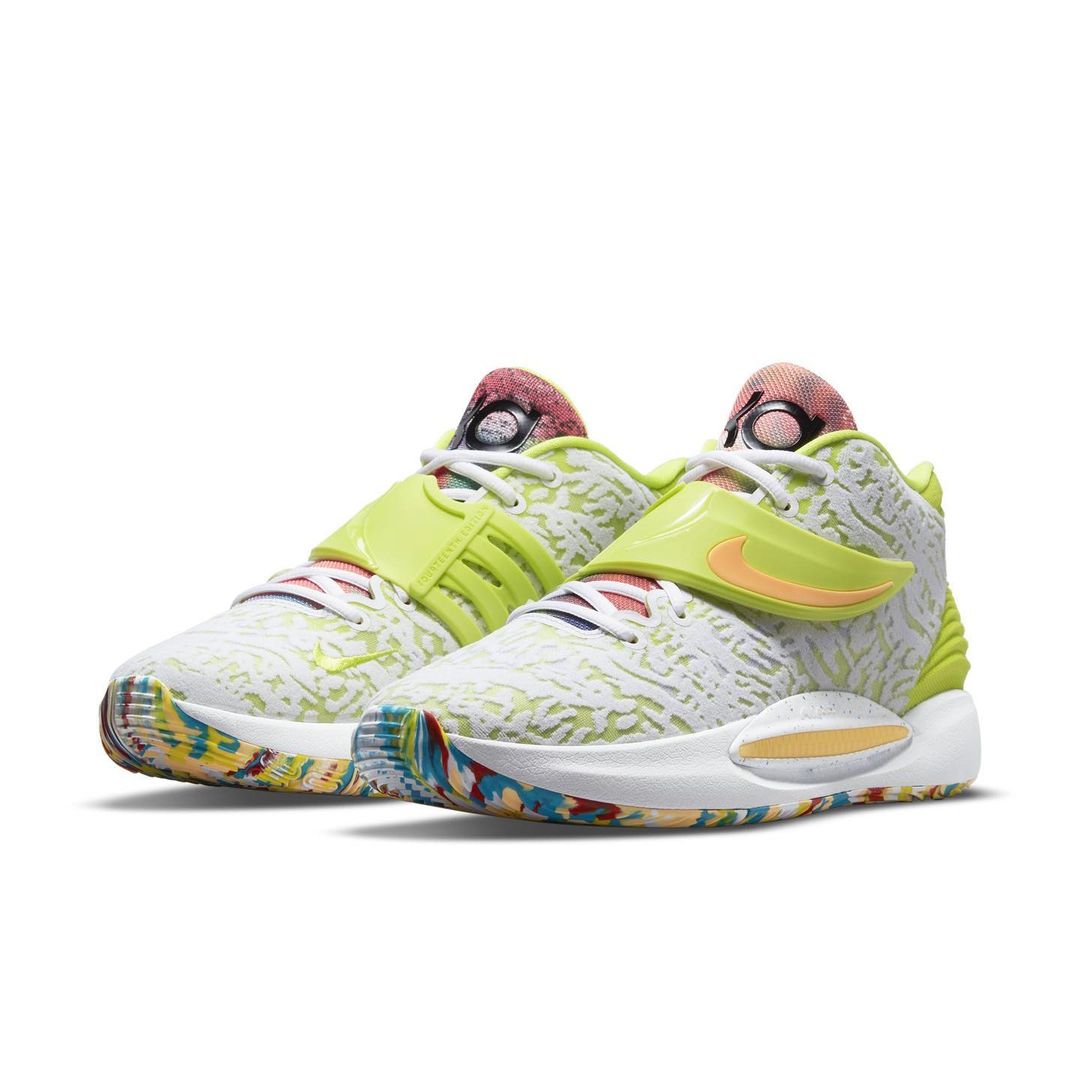 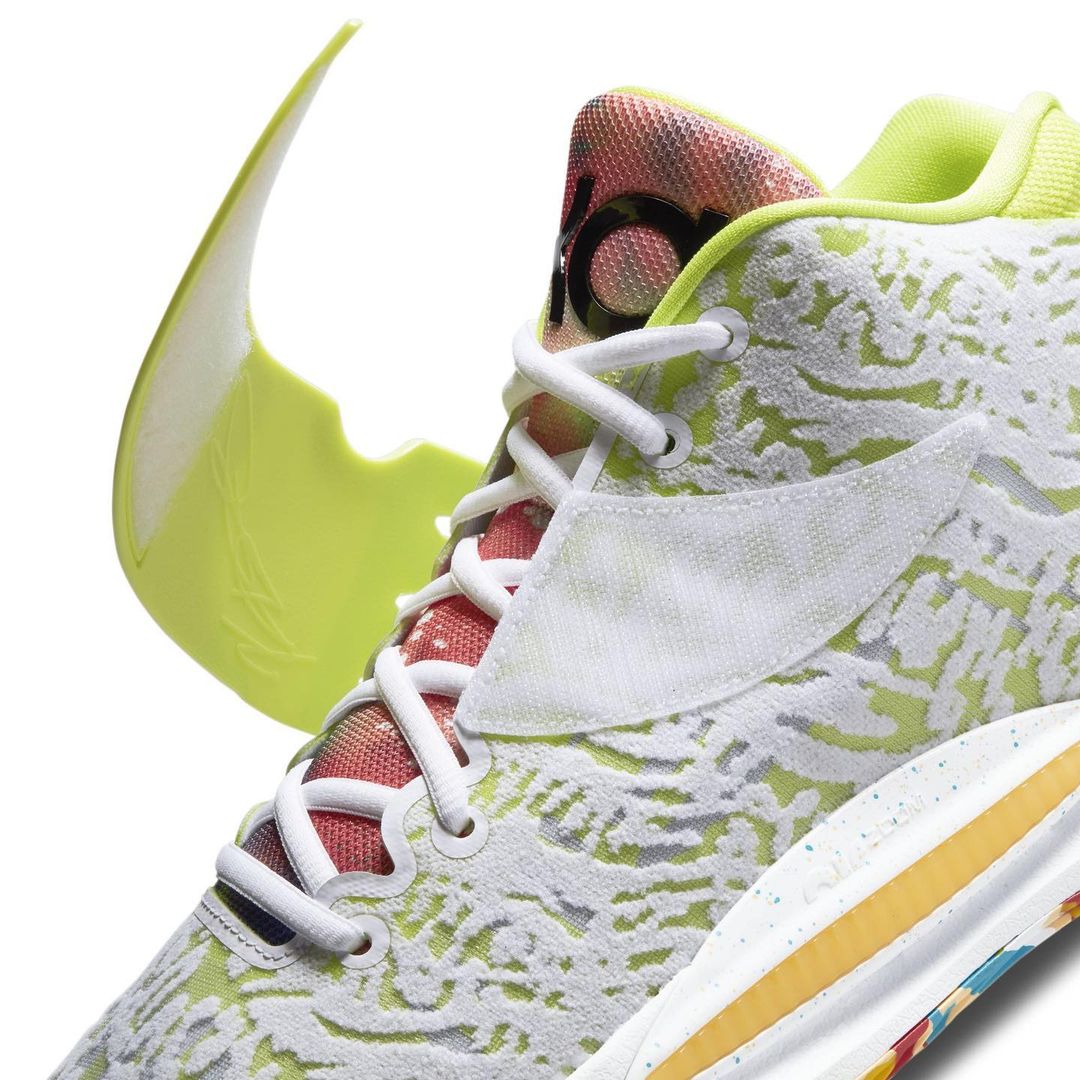 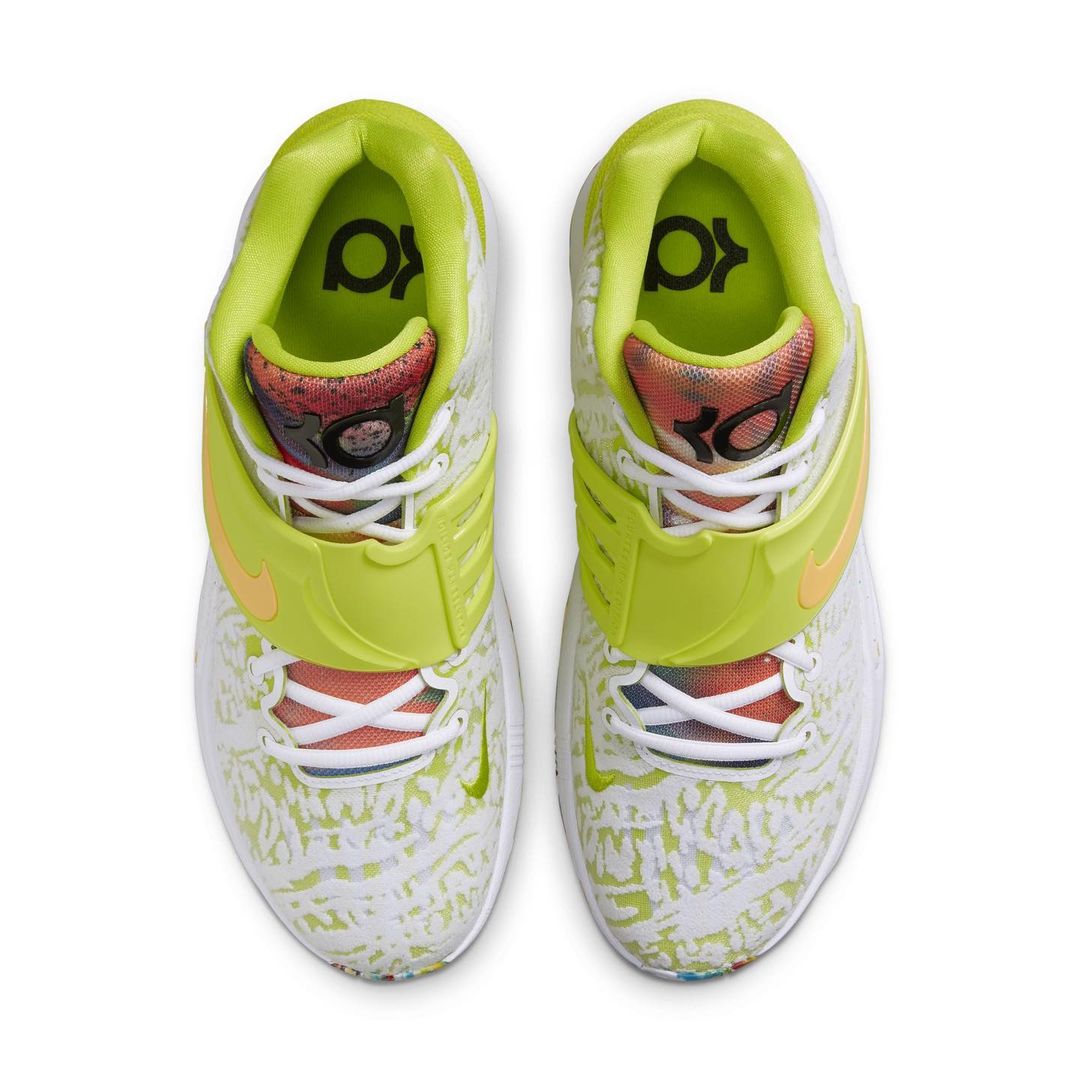 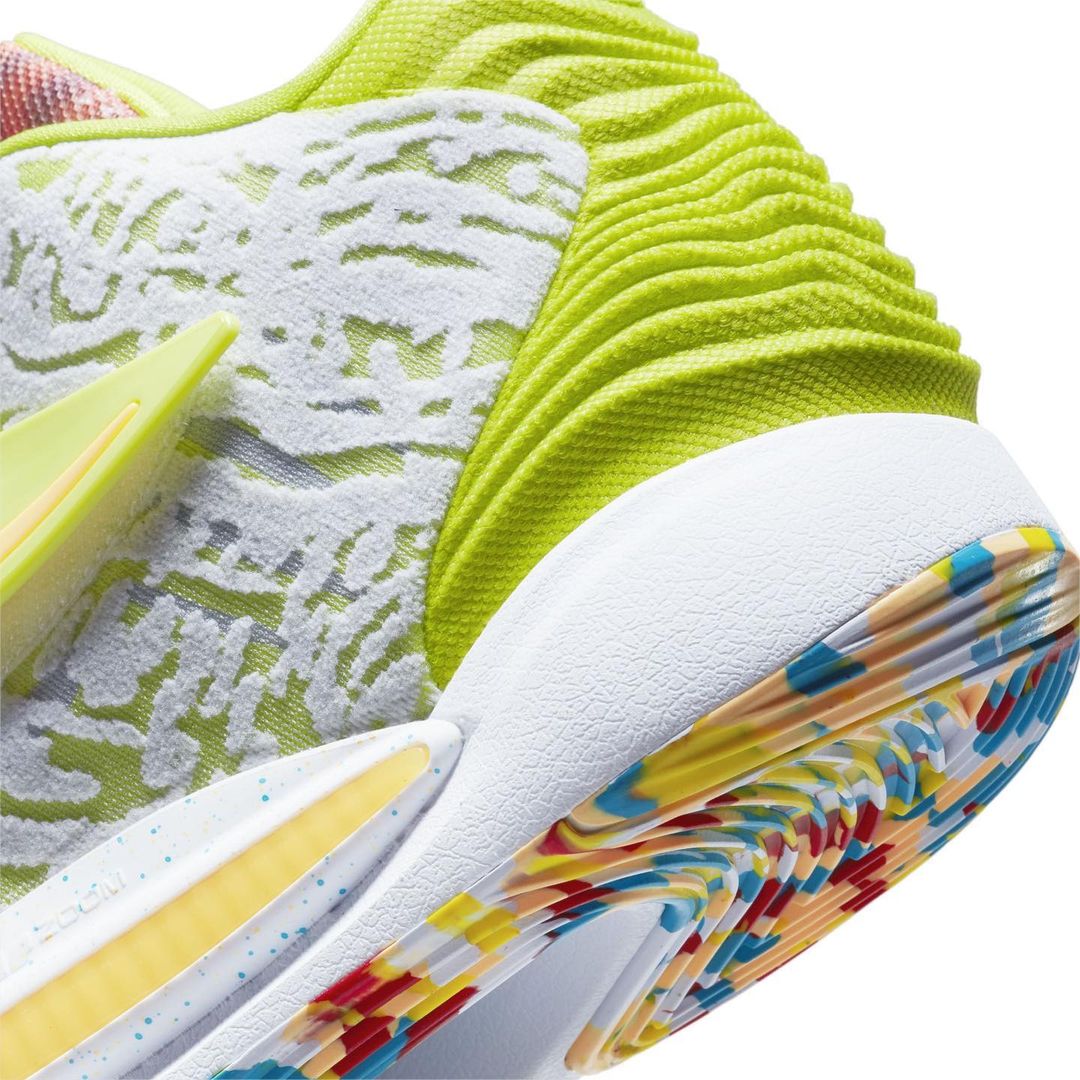