AIR JORDAN 13  He Got Game have been a popular colorway as always. seems with the “Panda”. It was  came back in the 2008 which the  23rd anniversary of Jordan’s, it was covered in the CDP suit, though it is just  so so for the selling , but it has been still popular. In 2013, it came back again .it was the most popular in that year .
But why ? What’s the difference? This is one of the most important issues I care about, and it’s also a question I’ve been curious about for this series.So today we will talking about it . 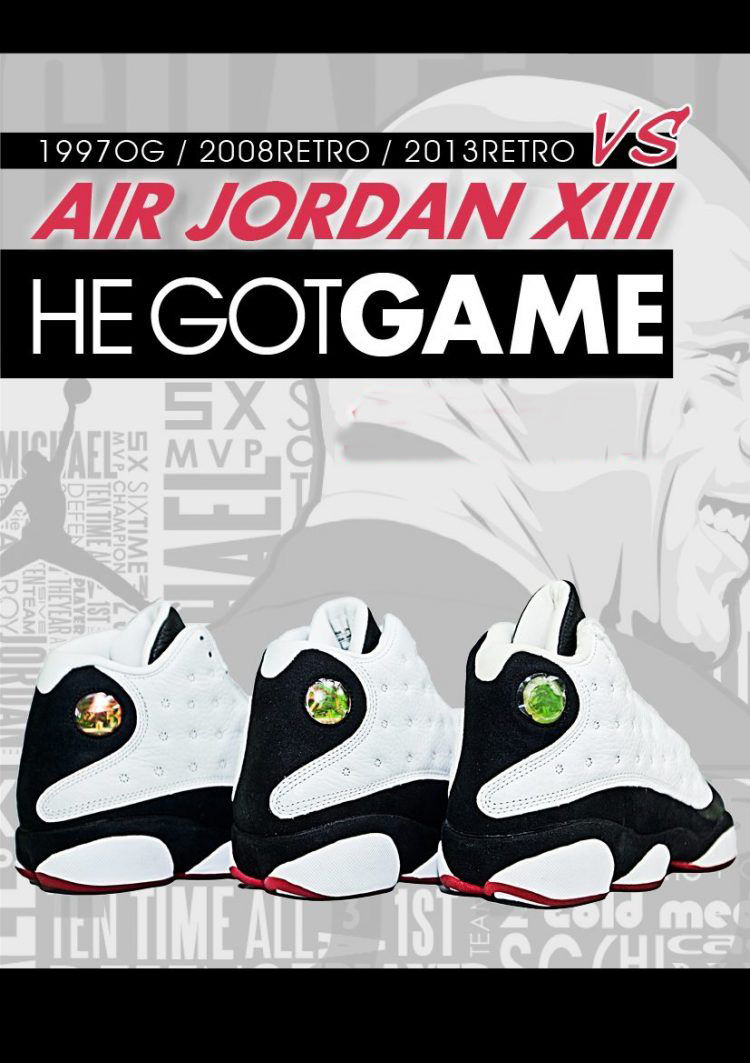 This Air Jordan XIII colorway originally released in 1997 and was actually the only Air Jordan XIII colorway to release that year (all other original colorways dropped in 1998). In the movie, Jake Shuttlesworth (played by Denzel Washington), a prison inmate, gets sent on a mission to convince the convict’s son, a star High School basketball player, to play for the warden’s alma mater in exchange for a shorter sentence. One iconic scene of the film features Jake shopping for a pair of kicks, and without hesitation, he requests the new Air Jordans to which he is presented with the Air Jordan XIII. From then on this colorway adopted the ‘He Got Game