Kyrie wanted his Low to have everything his signature game shoes have had, but retooled with an all-day play component, so the Nike Kyrie Low just released . “Uncle Drew” Nike Kyrie 4 drop isn’t the only sneaker the brand has lined up to celebrate the release of Kyrie Irving’s movie of the same name.

But how about the performance review ?We will check it today. 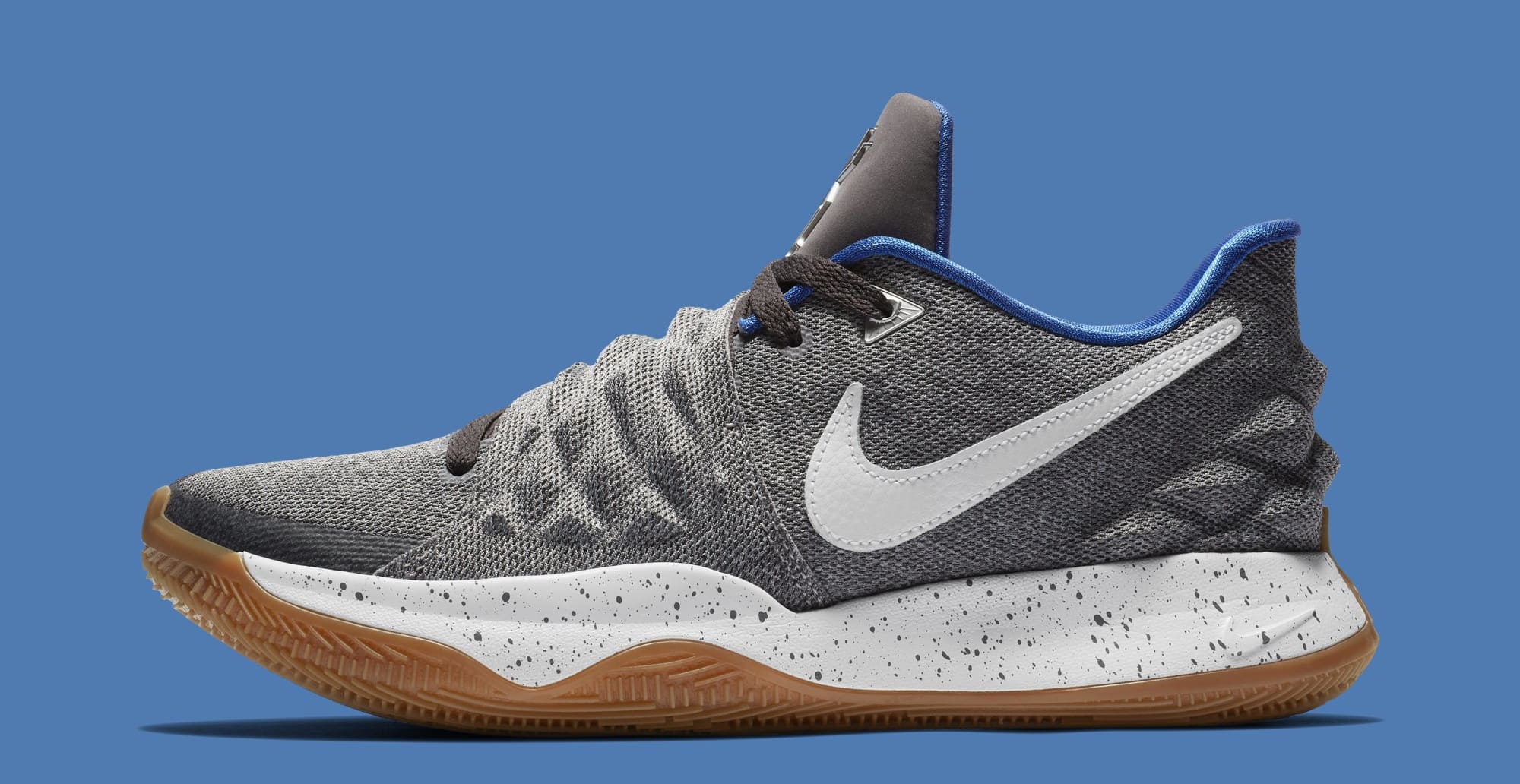 This low-top execution of the “Uncle Drew” theme includes the gum sole, speckled midsole, and blue accents seen on its Kyrie 4 counterpart, but strays from the mid-top’s white upper for a grey-based design.Also there are the black color .Dressed in a stately combination of silver and black, a few of the sneaker’s physical attributes are a bit more prevalent on this particular color scheme 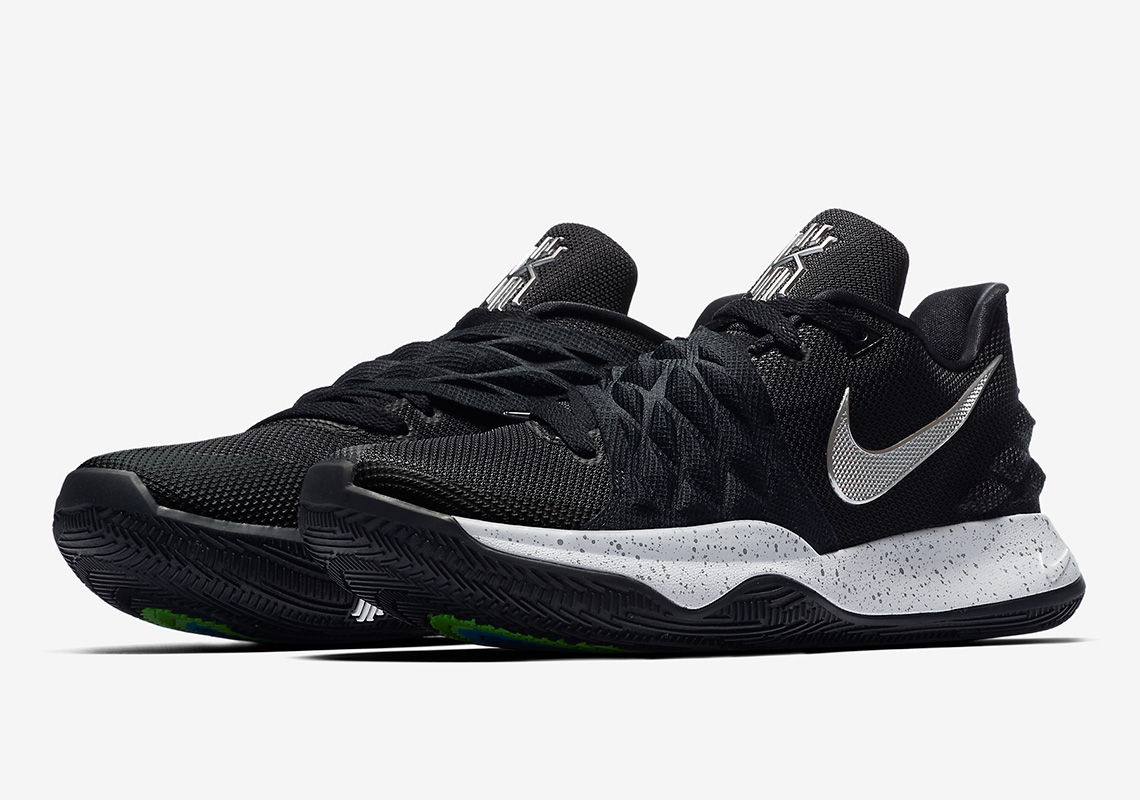 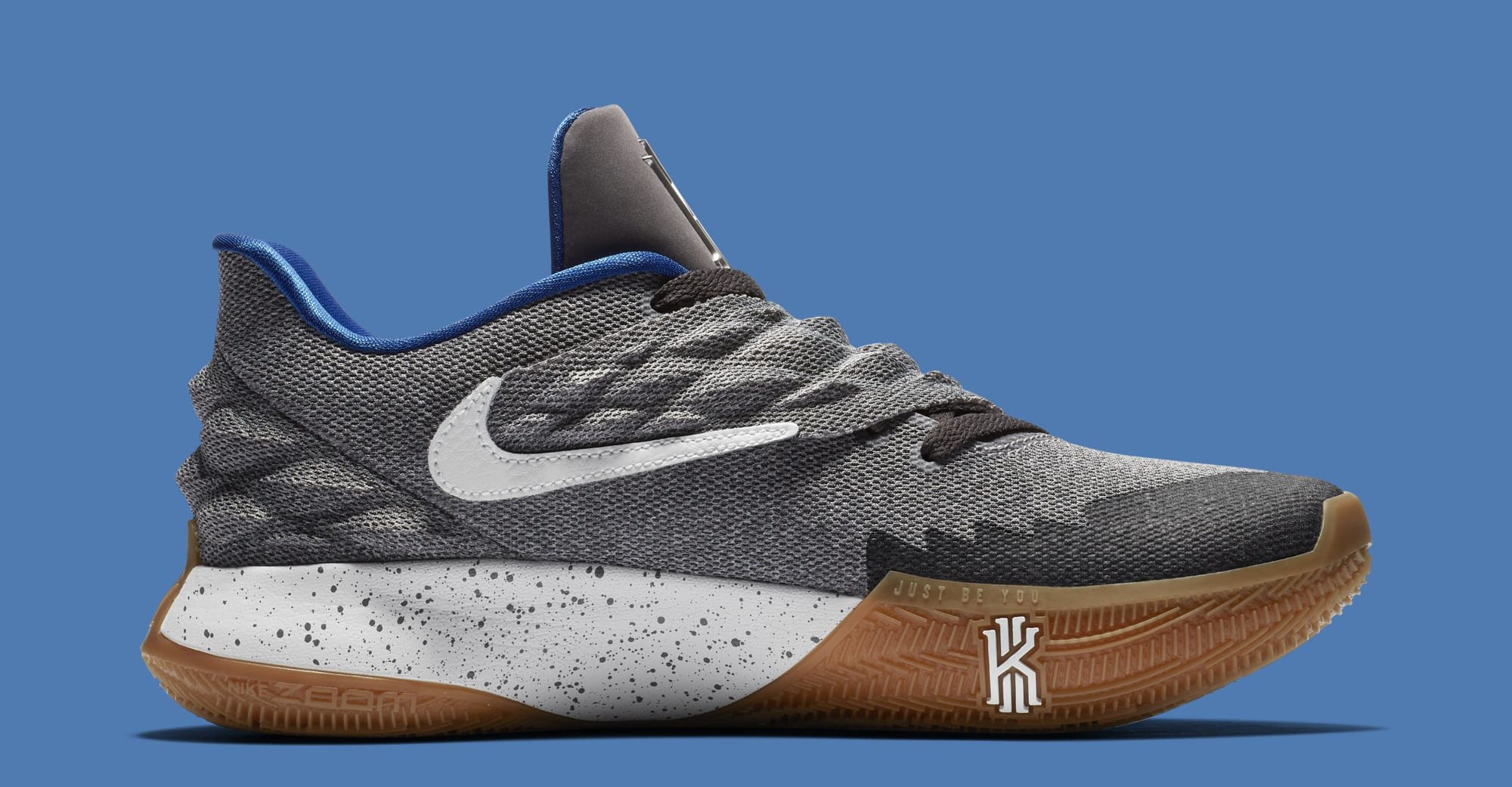 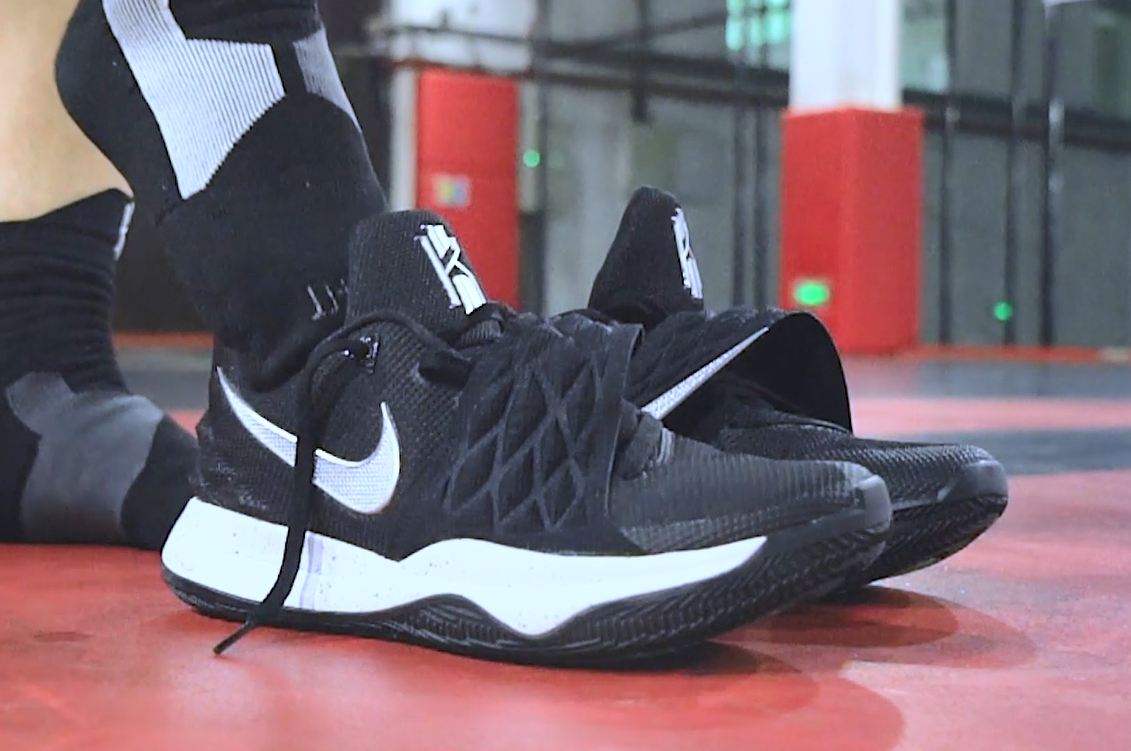 For the material : the Nike Kyrie low used the mesh and fuse upper, you’ll find subtle blue accents on the inner lining . As we know for the  mesh material , it will be more comfortable , but the  supporting just not too bad .there were still some hotspots around my toes and the upper made a popping feel when flexing my foot. The medial and strap Swoosh are leather ,so it is make the up of the mesh soft .We can felt more a little premium feeling .There are some areas of fuse around the toebox for a little extra durability. Thats part design is really nice.

Actually the material of  Kyrie low 1  is not the best great, I think the Kyrie 4 will be great with the  engineered mesh  which more supporting and durability , and this kind of material will be lightweight  and durability. 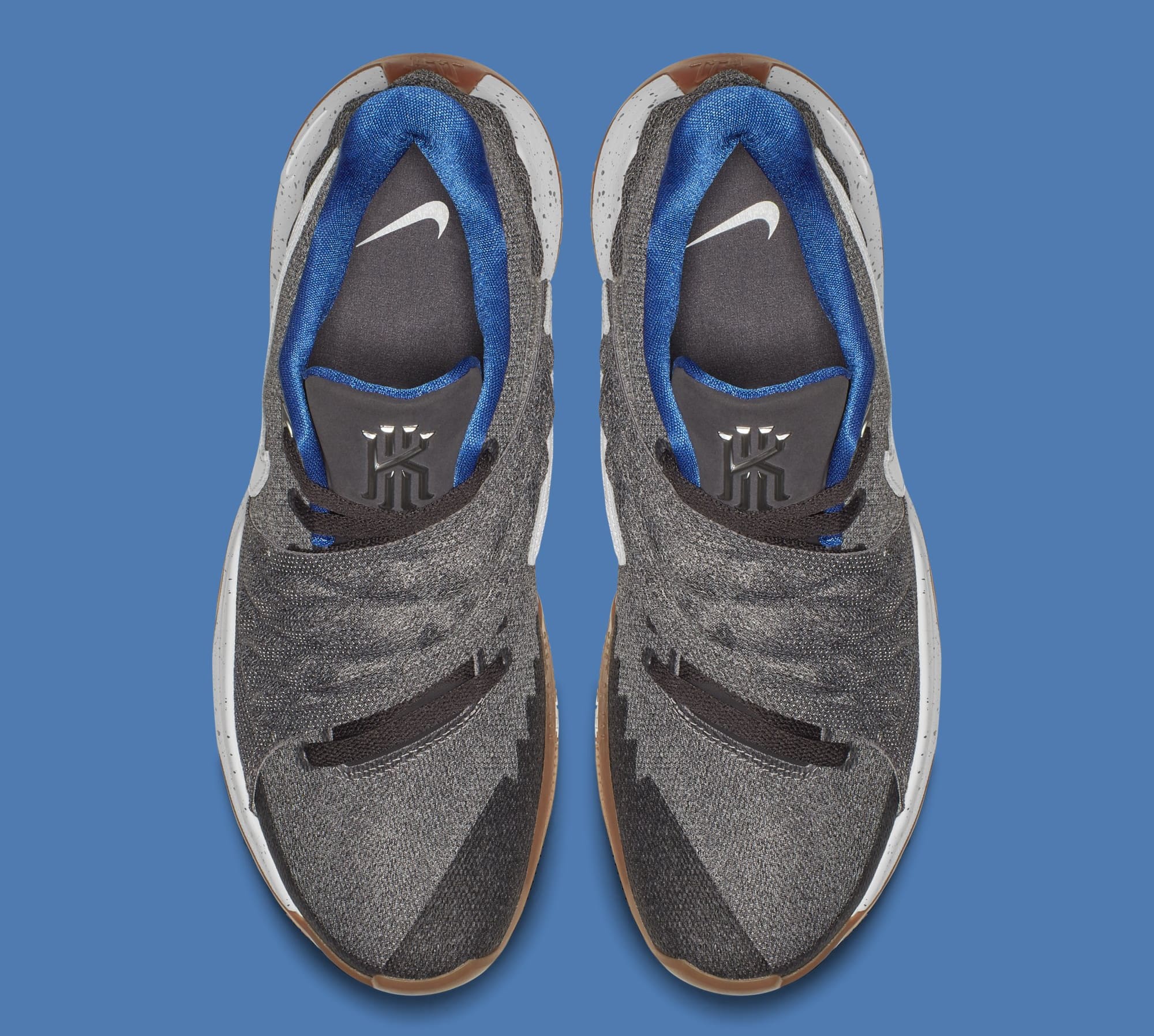 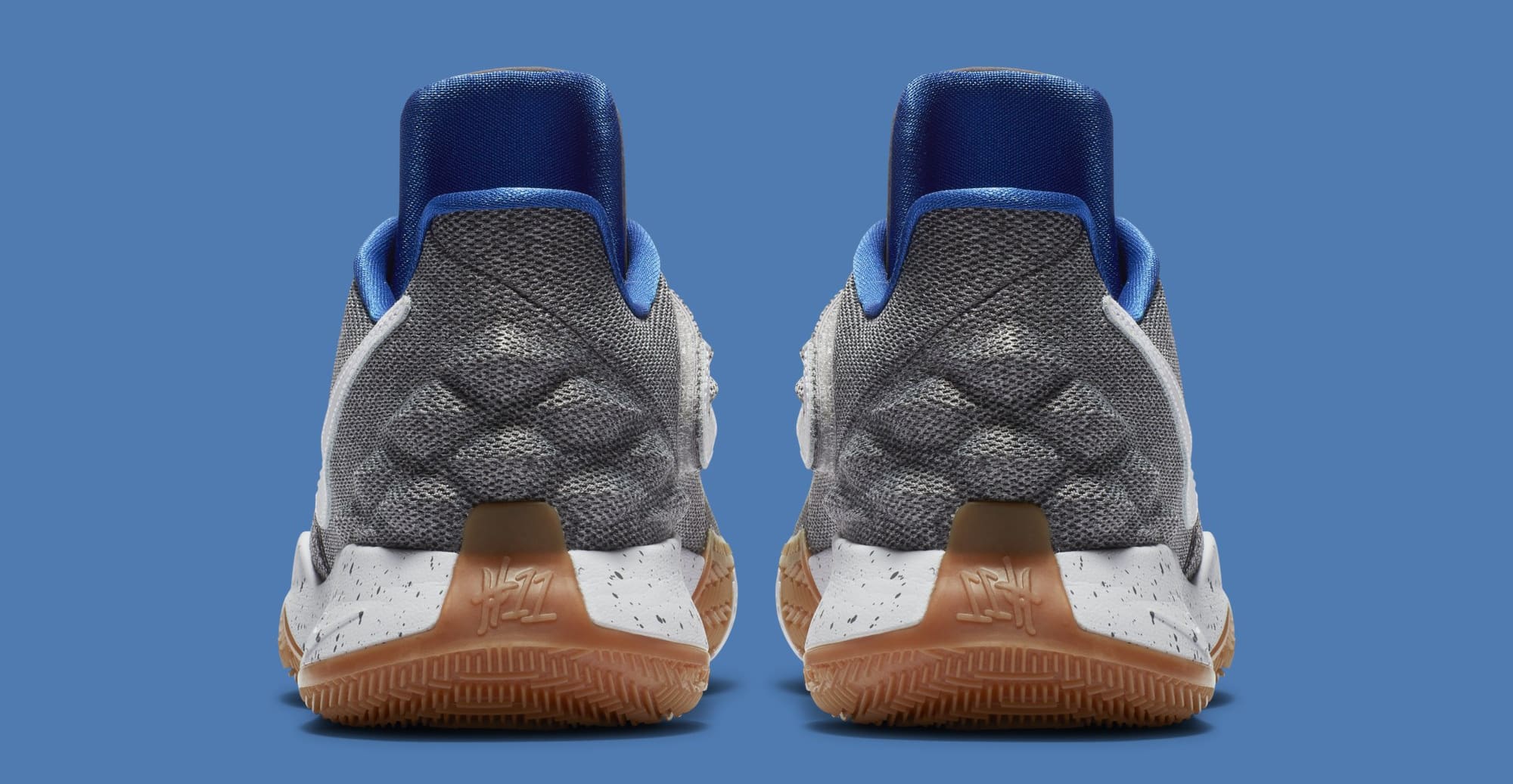 A rounded outsole takes a little while to get used to, if you haven’t played Kyrie before (and fortunately it doesn’t wobble like Kyrie 2) but once you do that it will be controlled during the exercise. The lacing system locks you in the shoe and places your foot in the midsole (instead of directly on the sole) so you don’t slide wherever you don’t want it.

Kyrie Low has a midfoot handle in the middle – this is a standard hidden TPU that provides a little midfoot support. The heel cup is sturdy and keeps your feet vertical. This should be enough for most players, even for larger inside players, because the sturdy midsole can’t be compressed to tipping – which helps keep the foot steady. 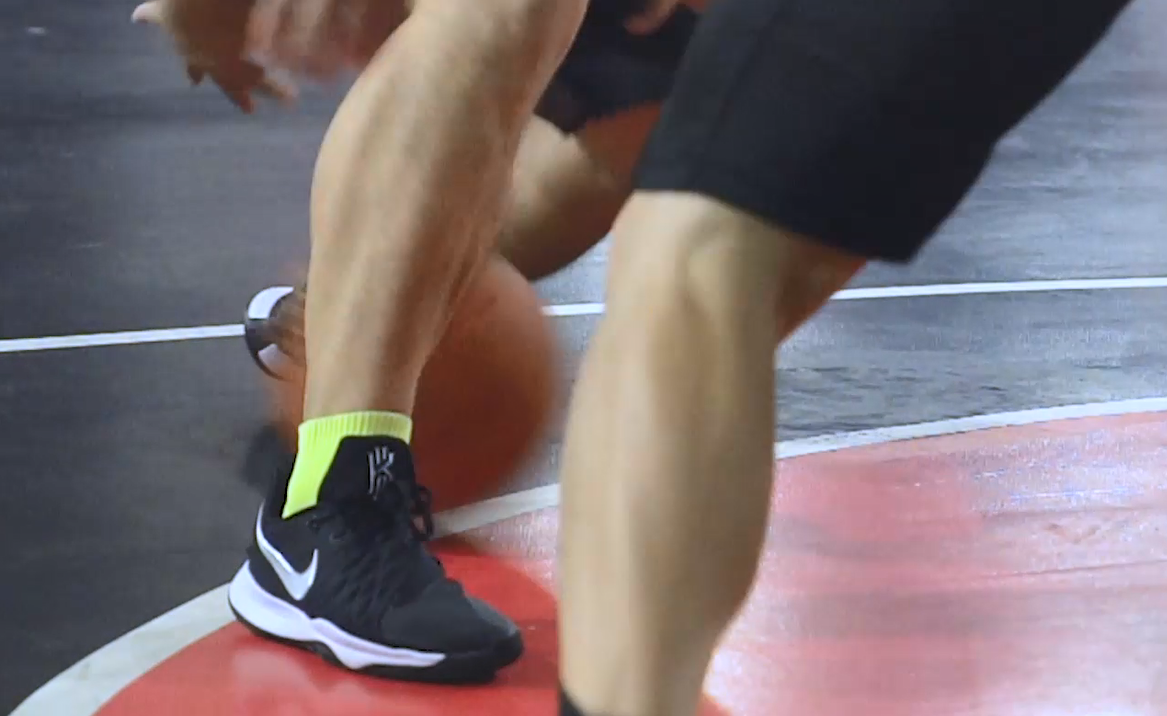 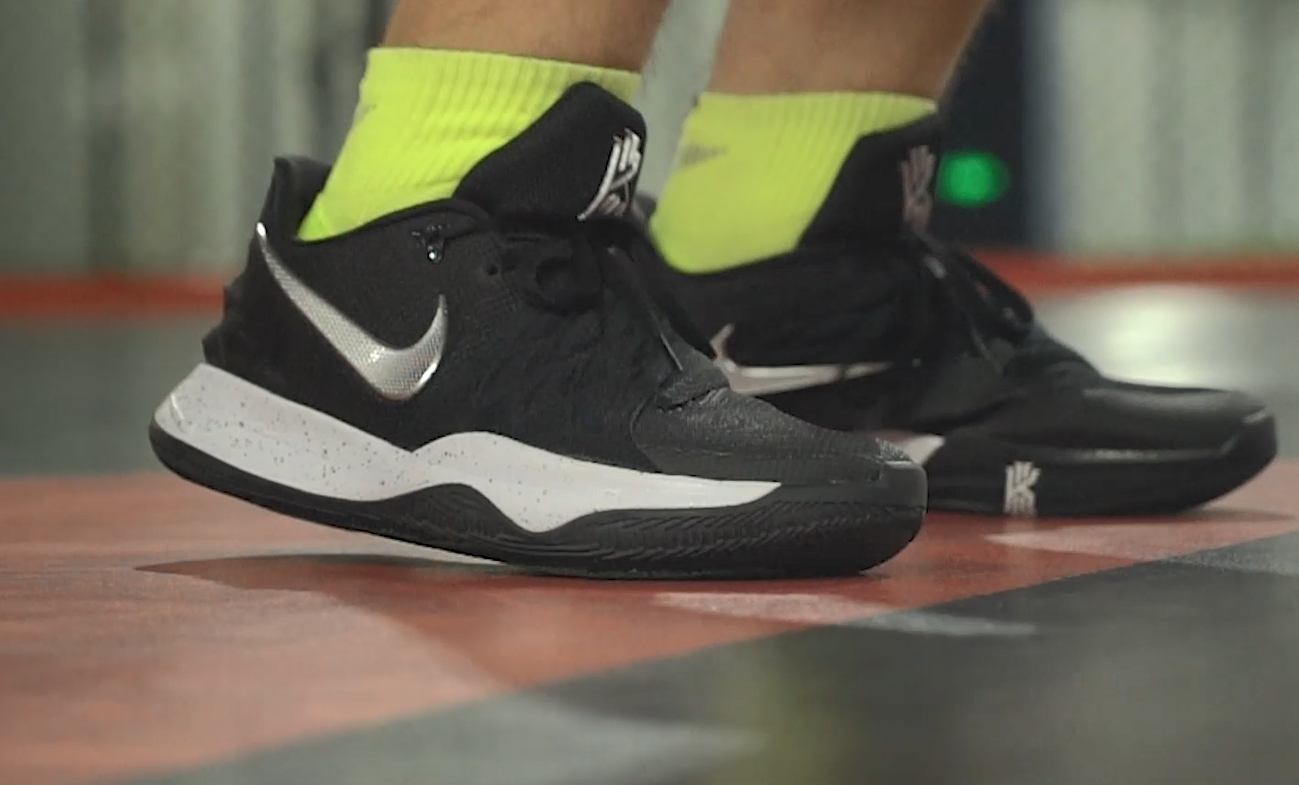 A Kyrie model uses both forefoot and heel Zoom Air for cushioning.

The rear foot Zoom Air, with the Kyrie series basketball shoes in the Phylon midsole. Although the number of air cushions is “upgraded”, it is estimated from the price that it should be a Zoom Air (a hexagonal air cushion similar to Kyrie Flytrap) with a small pocket of the previous foot and a small foot.

Kyrie Low’s outsole style is a line of straight and mimics herringbone , with a large area of gum rubber.The outer sides have a design that extends to the midsole, which increases the grip area of the feet at more angles when cutting. Thats design will be help a lot when playing . The traction pattern mimics herringbone with the different angles and spacings,  which is wide enough that wiping was at an extreme minimum 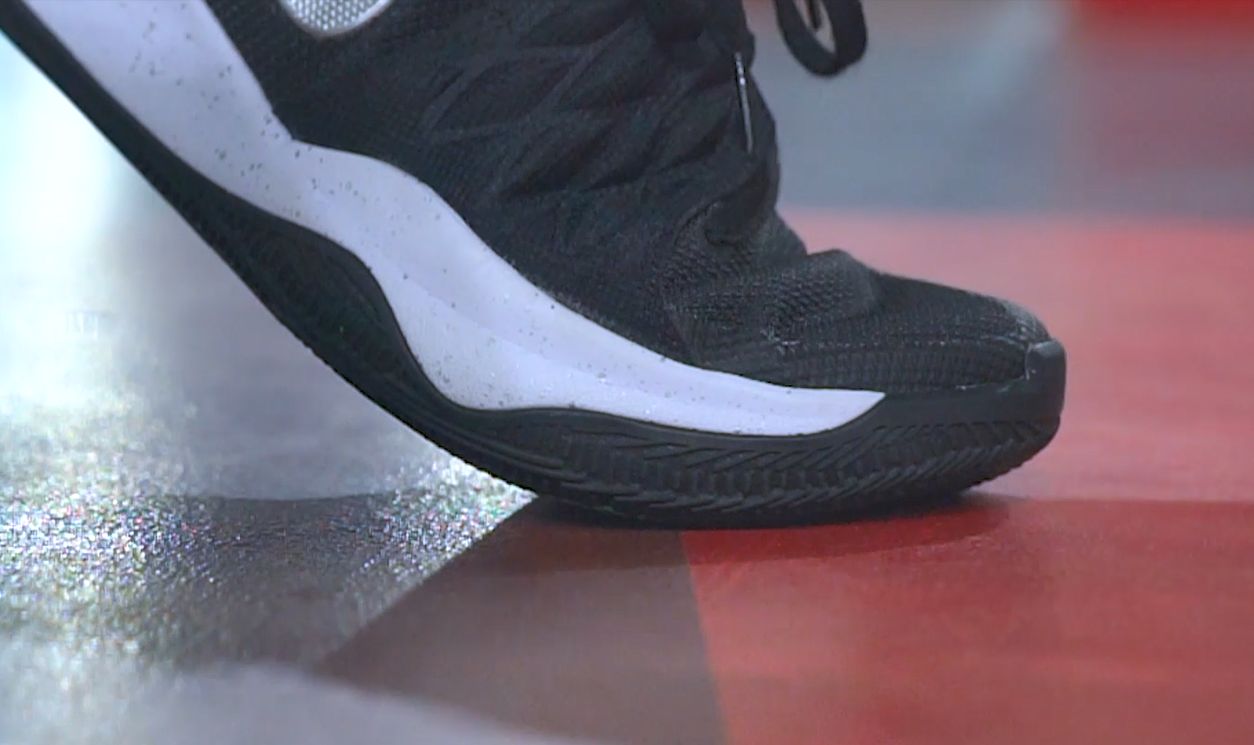 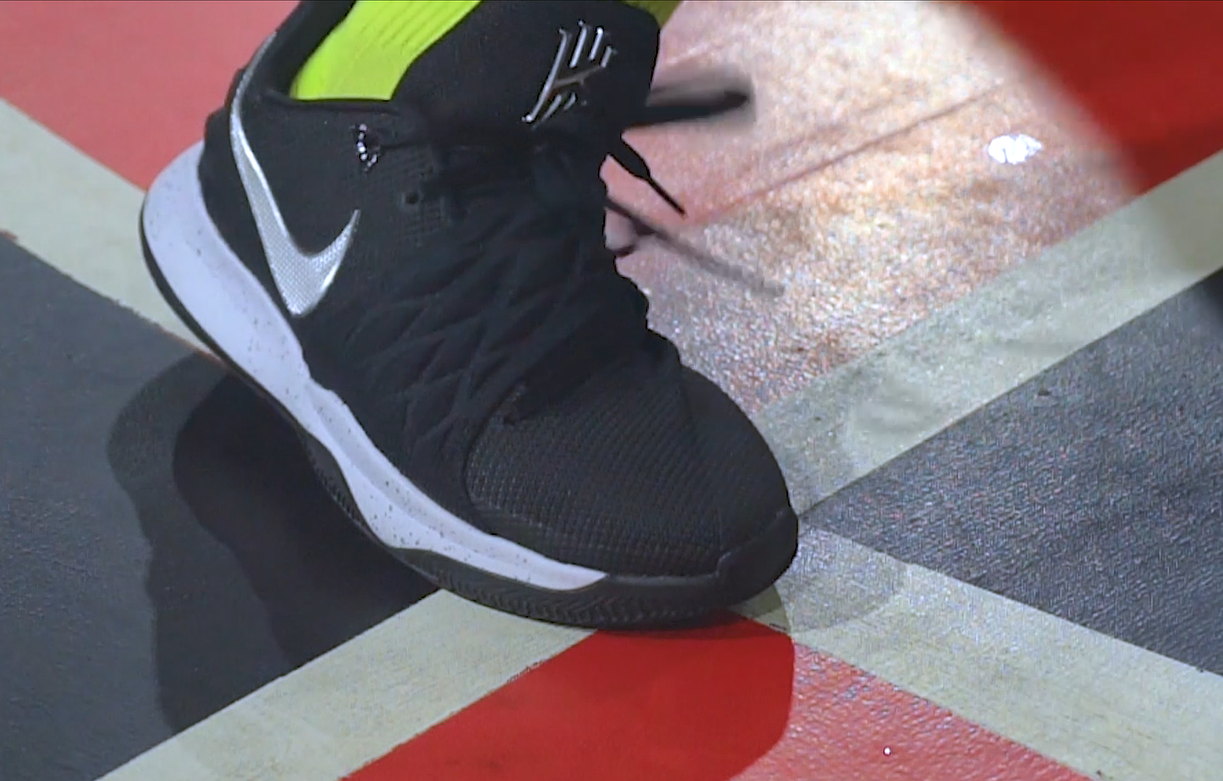 Although Kyrie Low design incorporates some elements from Kyrie 1 to Kyrie 4 , if the  pull  tape is removed, the shoe similarity with Kyrie 3, as well as the upper material, with mesh  and  fuse coating on the inside of the forefoot.A total of 6 sets of lace holes arranged in a dense design, so that the Kyrie Low mid-section and the instep fit  tightly, also that is  help a lot for the  lockdown.The position of the collar and the heel added a thick lining filler, so that the two areas The coating is very good.

overall , The Kyrie Low actually nice .felt stiff and way too solid underfoot for me to enjoy playing in. Luckily, the shoe began to warm up to me and broke in nicely, both in the midsole and the upper, and the supporting also nice too.