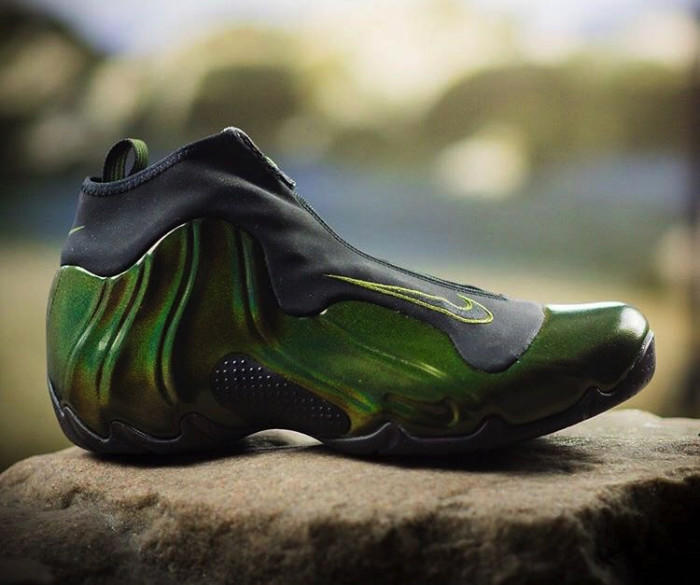 Green swooshes hit the saddle and heel tab, while a smokey translucent outsole completes the design. that is followed the last version ,the early 2000s model covers its Foamposite shell in a dark iridescent green hue with a black zip-up neoprene saddle covering the shoe’s inner bootie.

So this new “Legion Green” colorway is releasing was a great news for the fans of  Air Flightposite, Although this shoe also one of the most popular shoes in the sneaker world .There are a lot of popular stars will be wear this one. so the market of this Air Flightposite sometime will be the same with Jordans . 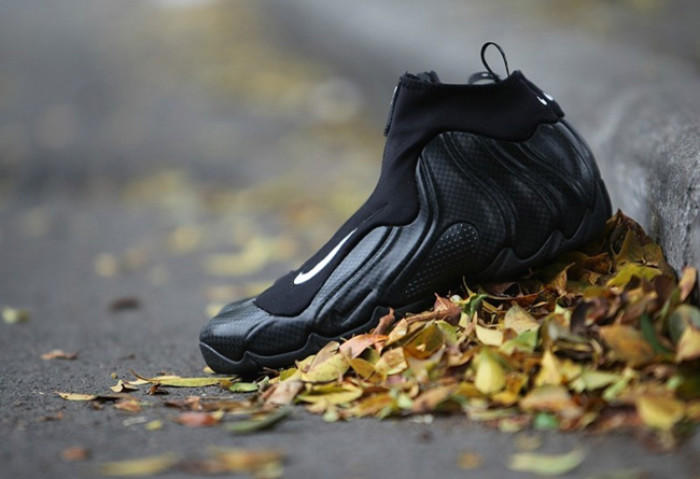 This is another representative work of the most famous designer Eric Avar. Eric Avar  may be facing special  situation in that time . Eric Avar, who graduated from Rochester Institute of Technology ,he want to show his talent  when he  came up the Nike team. He believes that “Imagination is more important than knowledge