Nike Air Max 97 would be released again ,that is amazing , especially under the most classic sneakers of max95, max90 . And if you’re familiar with the sneakers that Miami natives wear, you’d know that the Air Max 97 and Air Max 95 designs are staples. The  series of Air Max 97 have been popular and unique Although there are many versions, but the Nike Air Max 97 Platinum  has been most popular .

We will check it today . 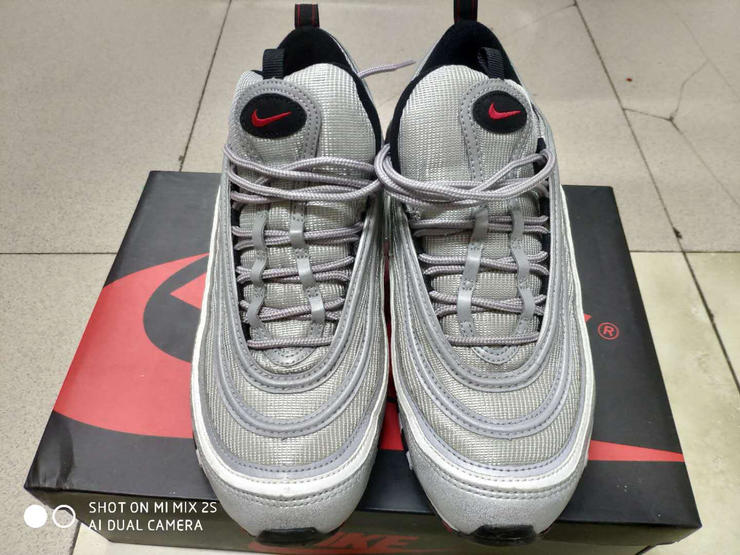 This 20-year-old silhouette, created by Christian Tresser, was influenced by Japanese high-speed trains.it is feature with original’s red midfoot and tongue swoosh with a silver swoosh on the midfoot and a black swoosh on the tongue, while retaining the black sockliner, pull tabs, and patches used on the original. 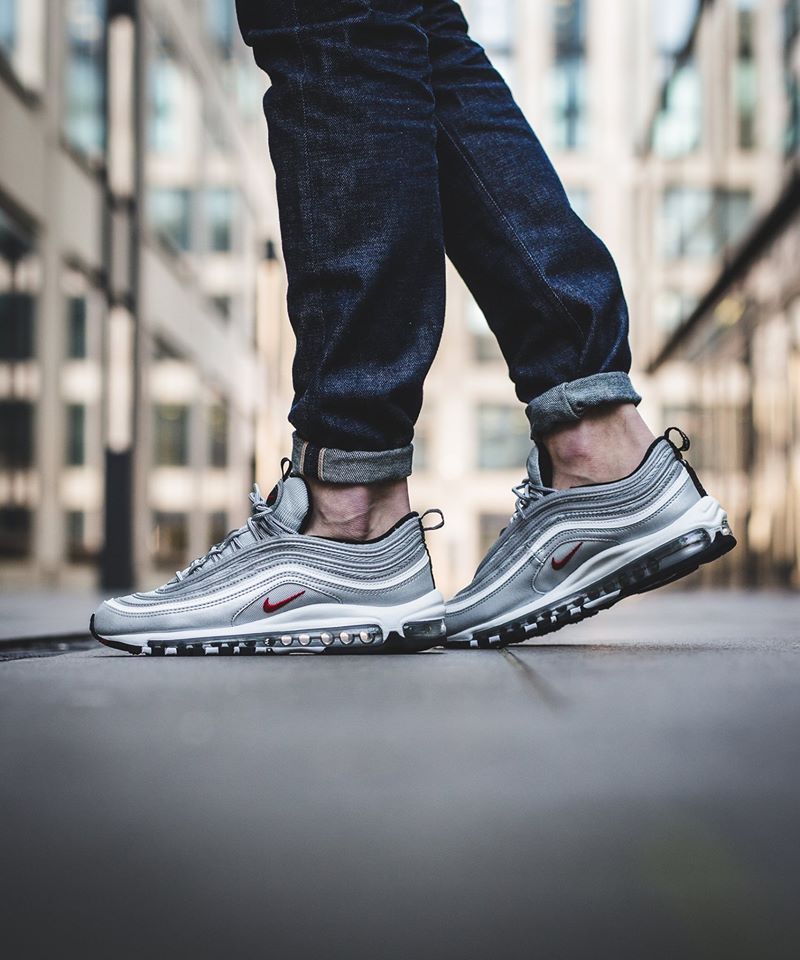 When I was in college, I remember constantly seeing Air Maxes all over the place. Last year when I first saw the “Metallic Gold